Success, by measurable standards, is a lapel that people pin to the jackets of those who eat, drink and breath their dreams into reality. Classic examples abound: Olympic champions, Tai chi black belts (read: the guys who might spend a decade or so at the feet of their masters subsisting on little more than rice and seaweed), Torah scholars who cover ground in the 63 Tractates of Shas, CEOs of mass corporations, heads of well known not-for-profits, teachers who've hauled their students up from C averages to B+ averages all share one thing: focus. 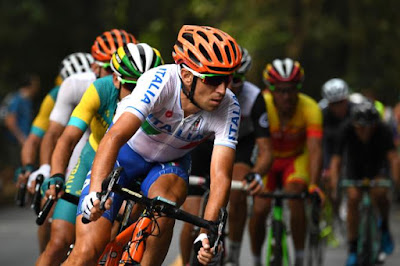 Each of the above, and more, had a long term goal, but they didn't pause at the threshold of reality, asking themselves, "What if...?" They strategized. They set short term goals. What's more: they developed tunnel vision. And they saw their dreams bear fruit.

What's the holiday of Chanukah got to do with it?

When Greece came to power, most Jews decided to turn their backs on their religiosity and become Hellenists (the old fashioned term for secular). Not satisfied with dwindling ranks, these self proclaimed Greeks sought to dilute whatever vestige of authentic Judaism was left. This meant approaching the Greeks and having them put a ban on specific commandments which form the bedrock of our faith. These commandments were Shabbot, Brit Milah, Rosh Chodesh, keeping Kosher (Jewish dietary laws) and the study of Torah.

As it became increasingly harder to be religious and uphold Greek law, Jews began learning Torah in secret. Sensing this, Greek soldiers prowled the streets and marketplaces, looking for scholars who were breaking the rules (much like today's traffic police keep their eyes peeled for people to slap speeding tickets on). This is where the game of dreidle came into play. Whenever a clandestine group of scholars sensed a soldier around the corner, they tucked their sefarim (books) away and began a game of dreidle poker.

At one point, the situation became so unbearable that a certain group of people -- the Hasmoneans -- started a rebellion. Miraculously, their small troop of men defeated the mighty Syrian Greek army.

Their fight took place on more than just the physical plain: the two parties were involved in spiritual as well as psychological warfare. What do I mean? The Greek view is that anything we, as people, attain must be attributed to the power of nature and, specifically, to the innovativeness of man. Judaism, on the other hand, is determined to give credit where credit is due and declares that everything we gain must bring us to a state of gratitude to G-d. When Adam faced the darkness of a motzei Shabbos (Saturday night), he made fire so that he might see and not be subject to stubbing his toes or stumbling around in the dark. While the Greek mindset is to proclaim Adam's discovery of fire the inventiveness of man, Judaism calls that scenario a Heavenly bestowed gift. Yes, Adam was the one who actually rubbed two sticks together, causing a spark to ignite and start a flame. But Who placed the random thought in his head that friction between two pieces of wood would cause them to create a substance that would give off both heat and light? How can a person experiment about what he doesn't know he doesn't know? And if he does discover something by some freak accident, as scientists are often wont to, should it not be attributed to the the hand of Hashem?

Living with Jewish awareness that it is G-d who runs the world, and that it is G-d who calls the shots and pulls the strings takes an enormous amount of focus. So much so, in fact, that by the time Jews were asked to put the pedal to the medal, there were only a few left to do so.

But did it they did.

And we won the war.