Are Boundaries a Worthy Pursuit?

There was once a city where only the most fabulously wealthy could purchase real estate. When the dust settled after construction, the city council began to station guards all around the city's perimeter so that no stranger could get in. The residents were pretty exclusive, you see. 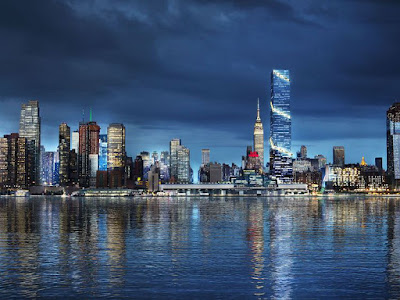 Now, regardless of whether or not people owe their prosperity to the notion of 95% good luck and 5% brains, if a person's doing well, good luck usually begets more good luck, and the city's citizens continued to amass money as well as grow increasingly more sentimental about themselves.

Meanwhile, the rest of the world looked on with jealous eyes. No one was allowed a closer peek; anytime someone stepped within the fifty foot diameter between the wall's perimeter and the outside world, they were pushed back by the city's ever watchful guards.

A woodsman, young, impressionable and not, as yet, burdened with the disappointments that only age and experience bring, passed by. While details weren't given on his background or as to how he came to be in that particular spot on that particular date, we can safely assume, based on the formula of most fairy stories, that he was of marriageable age, that he came from a poor background AND that his passing by a city known for the richest of the rich was no coincidence.

The young man, having tired of the forest industry (as well as being inspired by an inability to pay his chiropractor on such meager income), decided to abandon shop and seek out his fortune.

As he strolled past the city's gates, hands stuffed deep in his pockets, he noticed two men gesticulating wildly at one another. They were two guards; the yellow and white stripes, as well as the fifty stars (or, was it fifty-two?) on their uniforms, were frighteningly familiar. Wanting to get a closer look, the young woodsman approached, slipping behind a bush as he came. He noticed that, so engrossed was one of the men in his grievance, that he had walked away from his post to shake a fist in the other guy's face.

At this encouraging sight, the young man shot forward, pulling a coil of  rope and a hook out of his sack.

He was up and over the wall in a twinkling.

If you had looked away in the five seconds in took him to scale the wall, you'd never have known the young man was there.

The story carried on in the fashion of a classic fairy tale. Happy endings all around.

And the two guards? They got fired.

We, as people and as Jews, each have a personal mission statement in this world. And when we were born, G-d tasked us with achieving it; we do this by manning our individual guard posts.

When each of us focuses on our personal task i.e. creating G-d awareness in our own unique way, the city i.e. this world, remains tranquil and unmolested. However, if we do abandon our posts, we run the risk of a stranger breaching the walls and wreaking havoc.

How do we begin the process of discovering (or, as the case may be, rediscovering) our personal missions?

Get to know yourself.

When you pick up self awareness, the natural outpouring of that will help you recognize where you ends and the next person begins. This is great because then you can learn to spot red flags like when you or your friend (or mom) are overstepping a boundary. You learn to recognize your limitations so that you won't bite off more than you can chew in an effort to prove your worth. You can avoid resentment and passive aggression from warring with you at your very core; and the dark side of peer pressure will be seen for the monster that it is. Codependency will be given up as passe.