Parshat Va'etchanan - Where is G-d?


When the Soviet Union teamed up with America to fight Germany, one of the USA's conditions was that they release all Polish prisoners from the Siberian gulag. One of the groups released happened to be a bunch of young boys from Novardok yeshiva, one by the name of Yaakov Galinsky, a man who grew up to become the famed Rav Yankele Galinsky. 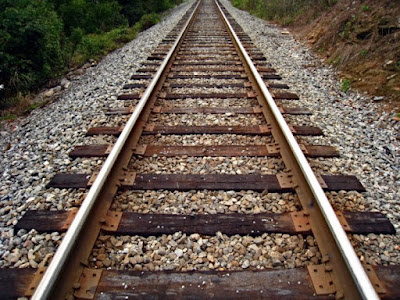 While getting out of Siberia was definitely a leg up in life, conditions by the kolkhozes in Southern Kazakhstan wasn't quite like landing in the lap of luxury. Starvation, grinding poverty and sickness was the lot that most of the recently released Polish yeshiva students faced. At one point, Yankele got typhus but to his great surprise, he recovered -- that is, only to be chased out by other kolkhoz residents who were terrified of catching it from him. Stunned by the turn of events, he [Rav Yaakov] wondered how he'd survive the cold and hunger with nothing. For two weeks, he dragged his feet along a set of train tracks, hoping it would eventually bring him to a settlement with other Jews. At one point, he reached a train station and stopped to look for a kind face. Glancing around, he spotted an elderly man polishing shoes. Just because he was old didn't mean he was Jewish, but it was worth a try. Yaakov walked up to the man and said a phrase core to the Jewish religion, Shema Yisrael, Hashem Elokeinu, Hashem Echad - Hear O Israel Hashem is our G-d, Hashem is One." If the man was a Jew, he'd show some recognition of those words and if not, he'd keep working. At Yaakov's words, the shoemaker lifted his eyes and said, "Baruch Shem kevod malchuso le'olam va'ed! Blessed be His eternal name forever and ever."

Their eyes locked. Jew meets Jew. They shared no language common other than those two phrases because the shoemaker spoke only Bukhori and Russian, while Yaakov spoke Yiddish and Polish. But they spoke the language of the heart, and Yaakov soon found himself in the shoemaker's house, resting up from his arduous trek until he felt able to continue his journey." (Rabbi Yaakov Galinsky The Legendary Maggid with the Fiery Spirit of Novardok).

What does it mean, they spoke the language if the heart?

In this week's Parshat Va'etchanan, so many phrases, including the one mentioned above, Shema Yisrael, Hashem Elokeinu, Hashem Echad, indicate the power of G-d's connection with His chosen nation as well as what He expects of us in return: total unremitting faith and commitment. Based on what we read above, it appears that showing someone love i.e. giving them what they need isn't something forced; rather, it seems to be catchy: Hashem's love for us is such that we end up reflecting that ideal not just back to G-d Himself but upon our fellow man as well, just as the shoemaker in the story did with the young man.

Some of the following phrases are also strong illustrators as to how Hashem feels, kviyachol, about us, as well as what He expects from us in return, "For what great nation is there that has God so near to it, as the Lord our God is at all times that we call upon Him?" (Deuteronomy 4:7), "Did ever a people hear God's voice speaking out of the midst of the fire as you have heard, and live? (ibid. 4:33), "Not with our forefathers did the Lord make this covenant, but with us, we, all of whom are here alive today" (ibid. 5:3), "Hear, O Israel: The Lord is our God; the Lord is one (ibid. 6:4), "And you shall love the Lord, your God, with all your heart and with all your soul, and with all your means" (ibid. 6:5).

If you open up a standard siddur (prayer book) and look over the verse שמע ישראל השם אלוקינו השם אחד (Shema Yisrael Hashem Elokeinu Hashem Echad) carefully, you will notice that the ayein in the first word shema and the dalet in the last word echad are both slightly larger than the rest of the letters. The two of them form the word עד - eid, a witness. When we say the shema three times a day, we are reiterating that we were witnesses at the Sinai event. Reading it also means that we must concentrate on increasing our faith that G-d is One and that everything flows directly from Him. He's source.

Rabbi Yaakov Galinsky spent two years in the Siberian taiga. When he walked in, more dead than alive, the powers that be said, "Do you see the metal gate behind me? You came in through that gate but you won't go out through it. It's the only gate here and it's a one way only." Evil grins followed. Anyway, to boost morale, the yeshiva boys formed a secret va'ad (group gathering). At the meetings, each boy was given a minute and a half to speak. When it was Yaakov's turn, he whispered, "It's written in the gemara that a person who extends the word Echad in the Shema will have his days and years lengthened. But Why Echad? What's the significance?

We all know the meaning of the letters that make up the word אחד (Echad). Aleph means one [it is the numerical value of one],  which represents G-d's unity; chet is eight which represents Hashem's dominion over the seven heavens of the world plus the earth... Dalet is four and alludes to Hashem's rule over the four corners of the earth and the four winds of heaven. We learn from this, my friends, that Hashem rules in every place. Not only in Bialystock (the yeshiva's location), but in Siberia! And why does someone who extends the word Echad have his days lengthened? Because someone who knows that Hashem is found even in Siberia will have his days lengthened and he'll leave here alive. His faith will grow stronger, and that's how he will survive!

Most people (and I've been known to play a part in that guilty party) are happy asking for the little things like convenient parking spaces or someone who won't hog the arm rest in the seat next to them whether it be on the bus or plane. We forget to think big, to stretch ourselves to the absolute limit since we plan to snatch a couple of stars on our way out at the end of a lifetime. In the same way, we limit Hashem's power because we forget that He's infinite -- whatever scenario it is that we're experiencing, He created it! We can turn to Him, ask for Divine assistance and thank Him for the things we are grateful for, by turns. And those people telling us to pay no attention to the man behind the curtain? Ignore them; it's just silly talk.