Parshat Devarim - How to Give Rebuke

What is it about a mussar schmooze (a scolding) that makes people want to clamp their hands over their ears?

When does it become just a lot of white noise? 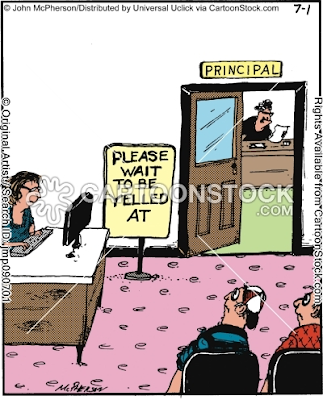 Some adults would say that they still harbor memories of parents and school figures who alternated between shrugging cold shoulders and yelling their ears off at them for dancing to the beat of a different drum. Many of these adults were disillusioned as kids that all grown ups want is to advance their personal agendas.

So they stopped listening.

Today's youth might already be muttering: why are you foisting your temper on me? Or, aren't I fine just the way I am?

Over the years, leadership titles of every shape and brand gave tochacha (Hebrew for rebuke) a bad name by using it as a smokescreen for telling saplings they weren't good enough.

Rebuke's not something to suffer through; it's not toughing out moments with people who consistently word vomit all over you.

When properly administered, reproof is a mirror that shows a person where he went wrong and how he can fix it. But since the pill is so bitter, its potency is often, albeit accidentally, overdone. If you can't handle the person you rebuke with care, and if you do not feel an all encompassing love for him or her, your advice (unsolicited or not) will probably backfire.

Since rebuke is showing someone where their characters are flawed, it does the act of tearing a person away from his false self image. Therefore, it is essential to show people who already have a healthy sense of self where they need fixing so they can do the fixing without needing ten years of therapy. It goes without saying that the one giving the rebuke also has to have the ability to stitch whoever s/he's rebuking back up again.

That probably cuts out like 95% of today's population. And that 95% probably includes mom and dad.

Just kidding... By virtue of their job description, parents are always in the clear.

In all seriousness, one of the reasons giving rebuke has gone out of fashion is because we ourselves are so raw, we lack the wherewithal to give rebuke that has a lasting good affect. For whatever reason, regardless of age, one can only stomach critique from a person radiating with love and understanding. That means that that person's got to be a real prince.

Another reason we discourage shooting people down is because, nowadays, everyone's already so fragile that it's much easier to knock them down. While a society with a lot of broken pieces might make for good music, it doesn't make for functioning, happy human beings. At this point, most of us just need a lot of TLC (tender loving care) and shoulder pats. We just can't handle being told off, especially by people who don't have our best interests at heart.

But there was a time, not long ago, when a self aware and brutally honest person could handle being told off.

Just to give an idea of mussar - rebuke at its finest - there is a story about a student who learned in Mir, Poland. Since he'd been there for a number of years, he'd won the nickname alter bachor (old timer). This also meant that he'd earned the right toward the best aliyot (calls up to the Torah) on Shabbot. One Shabbot morning, however, Rav Yerucham Levovitz, the spiritual leader of the yeshivah (and an incredible human being in his own right), called him up for one of the less important ones. Surprised the bachor approached the Rav after shacharit (morning prayers) to see if he'd done something wrong. "Oh, you?" the rabbi replied coldly, "Yes, you, the ba'al ga'avah (arrogant man). This week, I gave you something less prominent because you need to work on your humility."

"Rabbi, what did I do?" the bachor cried, totally thrown. "I'm willing to do teshuvah and correct my wrongs but please tell me what I did."

"Ten years ago," the Rav told him, "there was an elderly talmid chacham (Torah scholar) who, in his old age, forgot that one does not don tefillin on Shabbot since it is forbidden. When I asked you to help him take them off, you approached him with a smirk on your face. You, whom this Torah genius could have walked circles around had his mind been younger and keener, you, who had the audacity to smile when you approached to help him. You're such a ba'al ga'avah."

At this point, even if the bachor wasn't in tears, I would've been. "Rabbi, Rabbi, I want to fix myself. I'm so sorry." Clearly, the bochar was devastated. After reflecting for a moment, though, he continued, "But why didn't the Rav tell me when this thing occurred?"

"Ah," Rav Yerucham replied. "It took me ten years to build you so that the mussar I am giving you now would have a lasting positive effect."

Parshat Devarim begins with Moshe rebuking the Jews, "These are the words that Moshe spoke to all Israel... (Deuteronomy 1:1)" The rest of this verse, as well as the second one, continues with Moshe's mentioning the exact location in which he spoke to the Jews. Then, the story line suddenly jumps to some future point, "It came to pass in the fortieth year, in the eleventh month, on the first of the month, that Moshe spoke..." (Deuteronomy 1:3). The parshah then continues with Moshe's giving a repetition of the last four books, some last minute instructions about entering Israel and some helpful tidbits about how to stay on G-d's good side.

Where's the rebuke from the first verse?

Rashi tells us that the words "אלה הדברים - These words" are the rebuke that Moshe gave to Bnei Yisrael. Not only that, but his rebuke touched upon all the places in which the Jews angered Hashem (G-d) in the desert. These places are mentioned at the end of verse one, "These are the words that Moshe spoke...in the plain opposite the Red Sea, between Paran and Tofel and Lavan and Hazeroth and Di Zahav." There seems to be a bit of a discrepancy here: Moshe never had an issue laying into Bnei Yisrael before. When they sinned, he let them have it and the Torah lets us know. So why the sudden secrecy? There's nothing here that we haven't seen already...

At this point, Rashi mentions Moshe's sensitivity toward Bnei Bisrael's honor. Even though we are already aware of Bnei Yisrael's challenges as well as their need for a good, old fashioned finger shakedown, Moshe acted with discretion. The nation had low moments yes, and they most definitely deserved a dressing down. Coming from history's greatest prophet, the famed Moses, I would know. Even so, he never forgot the importance of their self image as a means toward ultimate growth.

Keep people human. They're more likely to be receptive if you do.