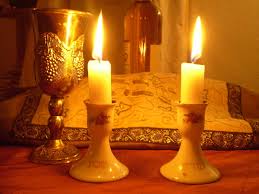 Seinfeld made a pithy remark about the way cell phones have overtaken people's lives, “When two people sit together, there aren't two personalities hanging around; there are four! the two friends and their cellphones. And I once told a friend I was grabbing a beer with, “Hang on a sec,” before I pulled out my phone to make a call. When he picked up, I said, “I wanted to make sure you were listening, and I decided calling would be more effective.”

We're living in a day and age where cellphones have practically demolished solitude – not matter where you go, be it Mt. Vernon, the Amazon or a walk in the dead of night, there is always someone to talk to (if they answer your call, that is). Not only that but one's ability to be present with the people around him has become consistently harder as the cellphone vies for his attention – and usually wins. Hence, to hear about a restaurant that offers a 10% discount to families of four and more, who put their phones away while eating, is truly refreshing, “This is family charging time; leave your phone in the basket.” Not only did most of Sara's Corner Cafe patrons say that the experience was much easier than they anticipated but some even forfeited the aforementioned discount. “'It's great,' said Susan Deboer. 'You need more one on one with people. There is too much technology and people don't talk to people anymore. There is no interaction with people, so it [the owner of Sara's Corner's deed) is good.'"

Shabbot is a mitzvah (commandment) we received from G-d during the Sinai experience. Unlike the above example, Shabbot is about so much more than powering off so we can give our fullest attention to family, friends and neighbors. Observing and greeting the Shabbot is an opportunity to build an intimate relationship with the seventh day itself and essentially, with G-d. Therefore, a lot more is involved than simply turning off the phone and iPad.

Rav Shimshon Pinchas, author of Nefesh Shimshon – Shabbos Kodesh, emphasizes this point by mentioning that although other commandments like Passover, mezuzah and the putting on of tefillin (phylacteries) are called mitzvot, Shabbos is called a personality, “We refer to Shabbos as a guest in our home... We are not asking 'What is Shabbos' Rather, we are asking, 'Who is Shabbos?' Who is this Shabbot with whom we are meant to be building a relationship? The author strengthens his point further with a concrete example:

...let us imagine that a busy man's parents are coming to visit him for Shabbos. 'We will arrive on Thursday with the six o'clock train.'...They step off the train only to discover that there is no one waiting for them at the station. They call up their son and he says with a sigh, 'Oh, I forgot!'

So they catch a cab and arrive at their son's home. They remove their bags from the cab and call out, 'Hello, is anyone home?' A reply emanates from somewhere, 'Everyone is very busy right now; just come in, sit down and make yourselves comfortable. We are looking forward to seeing you Friday evening, at the Shabbos meal.'

If you were those parents, would you come back?

One of the many ways in which we can strengthen ties with Shabbot is by showing a barely restrained excitement at her arrival. How do we do that? The Shabbot queen may be a presence but she's not an actual person.

When you light candles ten minutes earlier than the appointed time, you are the one waiting - and not the other way around. Our great sages add that while lighting Shabbot candles early brings about personal salvation, it also fits with the idea of how Shabbot is meant to be treated. She is a queen, a lady, a spouse, a sister, a friend. Instead of rushing around when she arrives Friday evening, take time to be dressed and ready to give her a royal welcome. Be present.