Does the thought of your student loans, and red lettered bank statements, weigh you down? What about paying off your mortgage and tuition bills – do those make you anxious? You wouldn't be the only one. Yet part of what making good choices is all about is ascertaining whether or not your bills can get paid at some point before you start borrowing. If you want to thrive, make sure you can drive i.e. make good choices. Start living the good life. 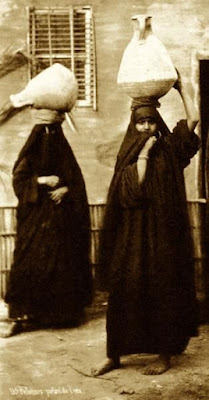 Rabbi Lawrence Kelemen, Harvard graduate and currently a lecturer on Jewish philosophy in Jerusalem, among other things, gives a weekly class on the teachings of Rabeinu Bachya. Parts of this article are snippets from Rabbi Kelemen's lectures.

In his magnum opus, Duties of the Heart, Rabeinu Bachya offers us helpful tips on how to live an anxious free lifestyle while simultaneously living smart. Just as a person must never forget that G-d provides us with everything we need moment to moment, one can live according to natural law as well. Like, if you're looking forward to that hefty pension and going on cruises galore during those golden years, and putting bread on the table of course, you need to start saving up the day you start working, not two or three years before retirement. However, if you're the kind of guy who plans ahead because he's worried he might not get what he needs, that's not advocating for an anxious free lifestyle. Hakuna Matata - G-d will take care of it!

So don't fret about keeping your coffers filled if there isn't any especial need. And don't be that guy who says he needs to establish his career and have a million dollars in the bank before he can even consider getting married and paying off his kids' college tuition. Who says he'll end up having kids? For that matter, who says he'll even get married? The idea here isn't to freak you out more; it's to encourage staying present with the present. Don't bathe in the worries and uncertainties of an unknown future. When the time comes, G-d will present you with lucrative options. Stick with me; I'm the present.

In this week's Parshat Shelach, Moshe sends twelve capable men, the leaders of the tribes of Israel, on a mission: to scout out the land of Canaan (Israel). The majority of them come back frantic, waving their arms above their heads, so to speak, to spread panic among the people. They cry, “It [Israel] is a land that devours its inhabitants!” (Numbers 13:32). Only two men, Yehoshua and Kalav, protest the inaccuracy of the others' words, “The land is very very good!” (Numbers 14:17). But the Jews are already too riled up to listen. Pandemonium has broken out and there isn't a dry eye in the Jewish encampment that night. As a result, G-d tells us, “You're weeping over my gift? I'll give you something to cry over,” and the Jews end up wandering in the Sinai desert for a total of forty years before they enter their homeland. Apparently, it took thirty odd years for the idea that G-d always provides to sink in. But in the end, thank G-d, we made it.

Zev Greenwald, author of Stories my Grandfather told me, shares a sweet little story to go with a phrase from this week's parshah. Before the Jews totally lost it, Yehoshua and Kalav continued trying to convince the tribes that they could conquer and inhabit the land unscathed, “If Hashem (G-d) desires us he will bring us to this land” (Numbers 14:8). The phrase has an underlying message: If we need something, G-d will give it to us and if we don't have it – we didn't need it.

On one of their journey's, the Ba'al Shem Tov (the father of the Hasidic movement) and a disciple found themselves in a desolate area, with no water for miles around. The disciple began to suffer from an excruciating thirst... he turned to the Ba'al Shem Tov, pleading, “Water, Rebbe! I am so thirsty!”

The Ba'al Shem Tov said to him, “Do you believe with complete faith, that when G-d created the world, He envisioned this moment and prepared water for drinking?”

The disciple thought for a moment, then replied, “Yes, Rebbe, I believe with all my heart.”

“In that case,” the Rebbe said tranquilly, “wait a little, and see G-d bring you water!”

They traveled on some distance... and met a man carrying two large jugs of water on his shoulders. Seeing the travelers, he immediately lowered the jugs and poured out water for them to drink. “Why are you here?” the Rebbe asked.

“My master, the poritz (Polish feudal lord), has gone crazy. He commanded me to carry these jugs for a distance of three miles – and I have no idea why!”

The Ba'al Shem Tov turned to his student, “Witness Hashem (G-d's) hashgacha pratit (personal watchfulness and individual care)! He brought this man here at just the right moment, in order to save you from danger. And all this, G-d envisioned at the Creation of the world!”

May we be blessed to live a life where we see G-d providing for our needs always.