What's the first thought that comes crashing into your mind when you open your eyes in the morning? For me, it's usually a panicked, “Oh my gosh, I have to get up!” Swiftly, on the wings of the first, is, “Snooze button?” and “need coffee.” 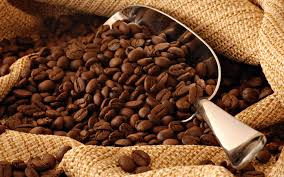 After several years of following the refrain two and a half lattes in the morning gets the day rolling, I began complaining about how groggy I was feeling when I woke up. “You're addicted to coffee,” my younger brother informed me. “You need to drop caffeine and kick start your day with a 16 oz cup of lukewarm water and half a squeezed lemon. Fresh lemon,” he added.

What? Squeeze half a lemon? Drink two massive cups of water to get my 16 ozs? Go to the store every week to pick up lemons? That would take forever. I don't even like lemonade, let alone warm lemonade. I could already smell the lemon juice dripping down my arms, and I wrinkled my nose, “Ick,” I told him. “it would take too long. My morning would fly right out the window.”

He told me that the routine would change my life: you'll be energized, rejuvenated, alive. Meh, I wasn't buying it. It sounded like too much effort for one little drink. “it'll take too long,” I whined.

“Do you take time to brush your teeth? (yes, I did) Do you take time to pray? (yeah, I do). Well,” he finished off triumphantly, “You can make time for this, as well. It really doesn't take that long. And don't be lazy.” Okay! Okay. Challenge accepted. I changed my morning routine.

Now, there wasn't anything remarkable about that conversation, except this: my brother sold me on an idea I was feeling iffy about. Mind you, the premise is that he was already referring to something worth investing in. But the way he packaged it so that I, his older sister, would find it palatable! I was pretty impressed.

The conversation got me thinking: marketing isn't necessarily an unique art. And there are a lot of people who excel at this sort of thing. Some use the talent to make lots of money, but others really use it to enrich their fellow man's lives. One such person is Rabbi Lawrence Kelemen. I remember sitting in one of his lectures while he explained the difference between having a din (strict, unswerving justice) versus a rachamim (merciful, mindful of overlooking bad behavior) relationship with G-d. I'd make a wager that thanks to Shylock in the Merchant of Venice, there's a decent percentage of people who associate din with demanding one's pound of flesh while rachamim is seen as kind and open handed. Judaism, Merchant tells us, is a people who demand that which they feel entitled to, regardless of the second party's discomfort. But Christians or gentile souls (a play on the word gentle) are kind and forgiving.

Rabbi Kelemen untangles the knots -- and repackages the product so to speak -- by comparing a din v'rachamim (strict justice and merciful) relationship with Hashem (G-d) to the intensity of love that can potentially exist between a man and a woman. When a person behaves in a way that isn't befitting, G-d, kviyachul, closes His eyes and turns away. This is called a grace period a.k.a. a rachamim relationship. It also means distance: G-d draws away in an effort to give us time to repent our bad behavior. Generally, I would see this as a good thing. However, the way Rabbi Kelemen reframed the picture simply blew me away. When a tzadik, a very holy person i.e. someone who's already tight with G-d, has a din relationship with Him, G-d's immediate retribution to every wrong move this person makes isn't a sign of His inability to cope. It's a reflection of the bond they share. They're so close that there's an immediate reaction to everything this person does. If he prays for others, and this is why many people approach tzadikim (holy people) to beseech G-d on their behalf,  G-d usually answers his tefilot (prayers) immediately. However, if he takes one step in the wrong direction, there's also immediate response there. Their closeness doesn't allow for anything but. If you, as someone who has not yet experienced such closeness, ask why there's less tolerance for the great ones in each generation, it's because G-d's "ignoring" the tzadik's ill behavior would result in the relationship becoming diluted. For someone in a deep, loving liaison, that's like walking off a cliff. Wouldn't you want someone to throw something at you if you were on the verge of accidentally hurting yourself and nothing else but that would spark your attention?

How's that for reframing?

In this week's Parshat Chukat, there's stormy debate over Chukim (decrees that transcend rational reason). This is because people like to consider themselves creatures of reason. Whether or not they actually are is redundant. The point is that they want to see themselves as such, and they want others to agree. Therefore, what makes this week's Torah portion so difficult to swallow is our being told to follow certain commandments, even if they make no logical sense. That doesn't necessarily make for good advertising. Many of us would even go so far as to say, "If I don't know what it is, I'm not tasting, touching, listening to or trying it. And don't try to sell me on Wow airlines just because they're cheap; I don't trust these inexpensive deals and no, I don't even want to talk to them; if I so much as breath in their direction, all these hidden fees will come jumping out at me.

But, airlines and personal taste aside, what if I told you that the thing I'm asking you to do was good for you, objectively so? What if I told you it was already tried and tested, that it passed the grade with flying colors and that people have been functioning very happily under its instruction for over three thousand years? We're talking about the Torah, of course.

As far as we're concerned, whether or not the Torah is good for us is not subject to debate. It is. The question here is whether we are willing to try it. Rabbi Ben A. tells us that the Twelve Steps work but that no one is really sure how or why they do. While it can be unsettling to give ourselves over to a process that we don't understand, it doesn't mean it isn't going to benefit our lives.

Here's one thing I can guarantee: becoming acquainted with Torah and the people who represent it, chukim and all, is not like going on a blind date where the other person's DOA (dead on arrival). It's BETTER.