Shalom Bayit - Seeing the Other

Here's one of the top ten questions people prefer not being asked, primarily because they never gave the subject matter much forethought: Why do you want to get married? “Um...” is usually the initial response, “because my Rabbi told me to?” Or, there's the popular, “Because that's what everyone else is doing?” Notice how both answers show up as questions, indicating that the respondent never considered why, indeed, s/he would want to get married. “Gee (gazing up at the ceiling), I wonder why I'd want to shackle myself to this person for the rest of my life?” 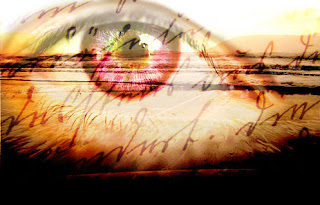 Marriage is about building a home base of acceptance; if we want to sign up, we need to do so with both eyes wide open. That means that we need to understand what being married means as well appreciate it.

The greatest kind of marriages happen when two different elements combine perfectly. The best of cliches include water, salt and pepper, butter on bread or night and day. That's not to say that creating a happy marriage is as simple as a chemistry lesson or the basics of kitchen cookery. Rather, a harmonious union is a constantly evolving process, and one which continues to evolve when the two elements consistently complement one another. The same holds true when the two parties are able to encourage one another to bring out the best in themselves. A very dear [happily married] friend of mine summed up the above philosophy succinctly by adding that deep authentic relationships are based in being able to see and appreciate the significant other.

Realistically speaking, one of the more prevalent reasons people do get married is to compensate for their own perceived lacks. Essentially, their inability to see their own worth drives them to seek out marriage partners who will show them a positive mirror image of themselves. That, in itself, is not necessarily a problem. That's why many of us go to therapy. However, in the context of a marriage, low self esteem doesn't allow for emotional availability. If you cannot see an accurate image of yourself without using your spouse as a crutch, how do you think you'll be able to see your spouse?

Rabbi Glazer, a lecturer at the essentials program in Eish Hatorah (a religious institution for people interested in looking into their Jewish heritage), told me the following story. While giving his ten o'clock in the morning shiur (class), a new arrival announced that he was engaged to get married to a non-Jewish woman. Rabbi Glazer, sensing a challenge (it's an explicit commandment in the Torah that Jews are forbidden to intermarry), interrupted his class to pick up the gauntlet. “That's so beautiful,” he said. “Do you love her?” The young man confirmed that yes, he did love her. “Why do you love her?” the Rabbi asked.

The student listed the following reasons. As he spoke, Rabbi Glazer wrote them on them on the board.
When the young man finished, the Rabbi said, “Wow, it looks like you really love her. What do you think?” he asked the rest of the class, “Does he love her?” “Yes!” the other students called out. “Should he marry her?” “Yes!” was the unanimous response. Rabbi Glazer picked up the board marker again and next to each statement added me, me, me, me, me, me, me, me, me. “What do you think?” he turned to the class, then to the young man. “Who do you really love?” “Yourself!” everyone shouted. The young man fell silent; he had fallen right into the Rabbi's trap. Rabbi Glazer continued, “And the reality is that you don't even love yourself because you haven't mentioned a single reason that has to do with the young lady you are currently engaged to; everything you said about her makes up for what you feel like is missing in you.”

Obviously, there were follow up conversations, ones that didn't include an avid audience. In the end, the young man broke off his engagement, became religious and married a Jewish girl.

Most of us looking for our missing half expect wedded bliss once we find [or are certain we've found] it. The bottom line is that marriage can't be dismissed by a simply penned '… and they lived happily ever after.' The best kinds of spouses are those who can appreciate the other. Really seeing someone means that you must be willing to love and accept who you are unconditionally first. No one claims that attaining such lofty heights is easy. But Rome wasn't built in a day. In the same vein, good marriages still take time and work, even after we've reached the point where we genuinely think we're awesome and that our spouses are G-d's gift to the world. Marriages, life, raising one's children is a constantly evolving process. Once we reach one goal, we can immediately set another.