While we don't know the whereabouts of the ten lost tribes, our nation has done plenty good at keeping track of the tribe of Levi's descendants. Levi was the Jewish nation's kohanim (priests), and their task was to serve in the Beit HaMikdash (our Holy Temple) and teach the Torah (Bible – the oral as well as written tradition). Nowadays, when people are more nonplussed than ever as to what Jewish tradition is all about, it's nice when one's family name is a dead giveaway on identity. After all, most people with the surname Cohen are descendants of kohanim.

Even though our Holy Temple has been burned to the ground, and even though our people has been scattered to the four winds for thousands of years since, we still listen to authentic descendants of the nation's priests recite the bircat kohanim (priestly blessings) every Shabbot (Sabbath), and in some places, every day. Outside of Israel, though, the priestly blessings are recited only on the high holy days (Rosh HaShanah and Yom Kippur), Sukkot, Pesach and Shavuot. 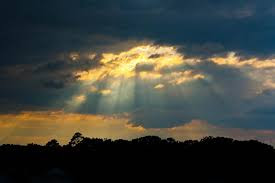 In this week's Parshat Naso, Moshe instructs his brother Aaron and Aaron's sons regarding the blessings they are to bestow upon the Jews. They come in three parts, “This is how you will bless the Jewish nation. Say to them:
Rashi, the 11th century French sage, also one of the most popularly quoted commentaries on Chumash (the five books of Moses), says that G-d specifically wanted the priests to bless the nation in a concentrated fashion and with hearts brimming over with love for their fellow Jews. G-d loves us and He wants His human ambassadors to make His affection a more concrete reality.

While the blessings certainly sound poetic, what exactly do they mean? One commentary says that the first was a blessing upon our pockets. As in, may G-d line our pockets and keep them lined. Judaism has never claimed to be an ascetic religion; when we ask for financial prosperity, however, it is so we can use it as a means to an end and not as an end in and of itself. This world and the things that fill it are tools for revealing G-d and His ways. The second part of the priestly blessing is a perpetuation of the first. Once a person's material needs are met, he can concentrate on enjoying G-d's holy countenance i.e. learning as well as understanding G-d's teachings and characteristics. The third and final blessing completes the cycle. It alludes to the greatest pleasure a person can experience in this world, “...to delight in G-d and to benefit from the radiance (or illumination of) His Shechinah (His presence made manifest in this world)” (Chapter One in Path of the Upright by R' Moshe Chaim Luzzatto). So, you're as financially stable as you need to be, you're plugging away at the Torah's laws – then, suddenly, you find yourself experiencing a tranquility and joy you didn't know was possible.

To bring this idea a little closer to tangible, make a list of your happiest moments. Generally, the things that make people happiest have relationships and/or growth in common, in some way or another. The priestly blessings are just that: a blessing to come close to G-d and to enjoy that relationship.

There are people across the board who have either strayed from G-d or were born far away. If we're lucky, some of both will invariably share incredible experiences about how they found themselves being “summoned home” with a show of Hashem's holy countenance. Rabbi Asher Sinclair of Ohr Somayach in Jerusalem (an institution which specializes in helping returnees to Judaism become Torah scholars) tells one such story in his book, The Color of Heaven.

There was a young Israeli who grew up in North Tel Aviv. That's about as far from Bnei Brak spiritually as it is close geographically. After serving his time in the army, this young man went abroad on his de rigueur tour of the world. He traveled through Europe to Sweden where he met and married a non-Jewish girl. She was a diplomat who worked for the Swedish Foreign Ministry, and shortly after their marriage they were posted to the embassy in one of the central African nations in what used to be known as Darkest Africa.

The foreign minister held a reception to welcome the new Swedish consulate, and he was introduced to this Swedish girl and her Israeli husband. The minister saw the husband didn't look Swedish and asked where he came from.

“I am from Israel,” replied the husband.

“You are Jewish!” exclaimed the minister, his eyes widening... With a loud and commanding voice, he summoned his entire entourage, “Everyone, come here immediately. G-d has sent us one of His holy people – and from His Holy Land!”...

A few months later, the wife received her transfer orders to the embassy of Ankara. Before they left, the foreign minister made a farewell reception. As the reception drew to a close, the minister made a small speech...

At this point, the minister took an ancient book from one of his aides. Addressing the Israeli, he said, We have had this book in the ministry for many years, no one is quite sure how long. None of us can read it; it is in a foreign language. We are not sure but we think it is the holy tongue. If it is, we would like to present it to you as a sign of our esteem and honor for the time you have spent with us.” … sure enough it was a Hebrew book – HaKuzari by Rabbe Yehudah HaLevi.

… Needless to say, the husband had no interest in reading the Kuzari but since the nearest copy of Maariv [an Israeli newspaper] was more than a thousand miles away, he made do with the only Hebrew literature he had. He started to read Rabbe Yehudah's account of how the king of the kazars, a tribe in Central Asia, had invited representatives of Judaism, Islam and Christianity to present their claims of being the true faith. After hearing the arguments of each, he had chosen to convert, along with his entire people, to Judaism.

By the time the couple reached the Bosphorus, they were no longer a couple. The Israeli flew back to Tel Aviv, took a taxi to Bnei Brak and stopped the first black hatted man on the street [Orthodox Jews general wear black fedoras]. “I want to learn Torah,” he announced...

G-d has many agents... how a copy of the Kuzari found its way into Darkest Africa remains a subject of speculation. But what I [Rabbi Asher] would really like to know is in whose merit this yiddishe neshamah (Jewish soul) merited to be blessed with the verse [the second in the kohanim's priestly blessings], “May G-d illuminate His face for you and be gracious to you...”