Parshat Bamidbar - We are Family

Jews, as Rabbi Leib Kelemen so eloquently put it, are kings at keeping track of the teacher to student turned teacher to student relationships chaining down through the centuries. They're also careful to give credit where credit is due, heaping honor upon donors who magnanimously opened their pockets to worthy causes like yeshivot (institutions for the increase in talmud and gemara studies), girls' schools, orphanages, non-profits etc. etc. by placing written records of their charitable actions in public places.

Not much has changed since our forty year stint in the desert. Just as G-d determinedly kept track of each and every Jew numerous times, counting us like a money hungry man lovingly looking over each and every coin in his treasury, we're still keeping track of our more than 3,000 year old lineage. 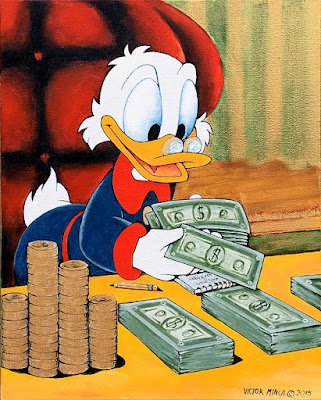 In fact, if you want, it's possible to find family chains which trace all the back to the times of Moshe. How? By looking at who taught what and when and to whom. You can trace back, although not as easily, by keeping an eye out for written records which reveal who gave what and when as well.


If you haven't experienced either of the above suggestions as legitimate, just flip open to the introduction in the sefer closest at hand; it'll give you a brief history of the author's life as well as who his influences and teachers were. Then, look for that teacher's sefer and then look for his teacher's sefer etc. until you date it all the back... You can also take a stroll to your local synagogue or religious institution: they're usually peppered with the plaques and/or public commemorations of their donors.

Solid evidence of our good deeds are not the only monuments which encourage the warm and fuzzy feelings that we're a close nit group looking out for one another. Statistics say that Jews make up less than one percent of the world population; that kind of number could inspire, not surprisingly, a powerful bond between brothers. Us clan members gotta stick together. I once experienced this truth on a very concrete level when an Arab Christian from the north of Israel asked me what it was like being Jewish in America. At the time, I was volunteering in a pluralist organization for adults with mental disabilities and my workplace kowtowed to people, worker as well as clientele, of all stripes and colors. Mystified by the question, I asked Kiara what she meant about 'what it's like being Jewish in America?'. In a heavily accented English, she replied, “Do you know the Jews where ever you go?”

Disarmed by her curiosity, I answered honestly that no, Jews did not instantly recognize Jews from far flung states as brothers and sisters or long lost relatives but – and I made sure she understood that I was speaking for myself and not the entire nation when I added this – but I did feel a strong connect with whomever I discovered was of my ethnicity. There's an understanding there that goes deeper than words. And like all things, the more emotionally and spiritually connected one is with his national history, the stronger the bond between people who share the same history. “Also, part of that bond has to do with something we call Jewish geography,” I went on to explain. “Although I may not know the particular person I'm speaking to, if we go at it long enough, we'll discover a friend or relative in common.”

I was surprised by Kiara's response: the expression on her face was beatific. She smiled so happily at the idea and looked so charmed that I was affected. For one of the first times, I felt how lucky I was to be born into what I can only refer to as family.