Parsat Emor - The Holiness of the Three Festivals - What's Shabbot Got to do with It?

This week's Parshat Emor discusses the comparable holiness of both Shabbos and the three festivals, Pesach, Shavuot and Succot. “Just as Shabbos is kadosh - holy, so too, the three festival must be holy” (paraphrase of Leviticus 23:2-3). Now, what exactly does that mean? Before I explain what the holy festivals share with the holy Shabbot, I'd like to flesh out the meaning of the word kadosh. What is Judaism's take on a word which translates as holy in English but also connotes separate and exalted? 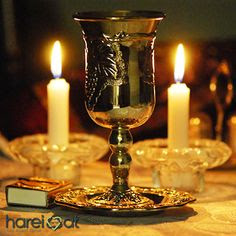 According to the Torah, the first six days of the week are paired off with one another, except the last day, Shabbot. This was no oversight. When G-d created the first six days of the week, he immediately made the holy day as a day to be set aside for His chosen people. (By the way, in many languages, apart from Hebrew, like French, Italian, Spanish and Russian, many words happen to be gendered. In Russian, for instance, each of the days is referred to as either male or female. It's a simple leap to accept Judaism's take on the pairing off of the weekdays after one acknowledges that the rest of the world is on board with the words-being-gendered thing. In fact, unlike the rest of the world's languages, Loshon Hakodesh, The Holy Language i.e. ancient Hebrew, has a deep philosophical explanation for each of its words. And if words are gendered in Hebrew, it's not due to the emotional or intellectual whims of the language's originators – it's G-d.) Sunday goes with Friday, Monday with Thursday and Tuesday with Wednesday. Smack in the middle, like a lady sashaying her way down a lineup, is Shabbos. Seemingly, she looks like she's gone to the party solo when really, Hashem (G-d) had a more significant partner waiting in the wings: the Jewish nation. In fact, I'm pretty sure this idea crossed Rav Shlomo Alkovitz's mind when he wrote the hymn “Lecha Dodi” in the mid sixteenth century. The song is traditionally sung in synagogues all over the world a little after nightfall on Friday. Its main stanza refers to G-d as our Beloved as we exhort Him to join us in going to greet the Shabbot queen, our lifelong partner.

Why is it so significant that Hashem gifted us with Shabbot? According to our great sages of blessed memory, Shabbot is one sixtieth Gan Eden (Heaven). While we work during the week, we experience an illusive reality called the reality of cause and effect: I work; therefore, I make money. I pay my bills on time; thereby, I avoid unpleasant visits from the IRS. There's room for distraction; understandably, in the hullabaloo of daily living, we tend to forget G-d. Then Shabbos comes, and we're forced to turn off our phones, turn off our computers and acknowledge a higher reality, that higher reality being that there's no cause and effect, there's no “I and the strength of my hand brought about this bounty...” (Deuteronomy) - it is, always was and always will be, G-d. The reason Shabbot is such a precious gift is because she helps us recognize that everything we have, be it money, education, status or the deeds to a house is a present from G-d. Shabbos is called a sixtieth of heaven because the pleasure of experiencing closeness to Him is other worldly. Shabbos is kadosh, holy, in that it is separate from the illusion of the regular workday – that is, only if we use it as a means by which we can acknowledge and draw close to Him.

Now, what do Pesach, Shavuot and Succot have to do with it? Are they extensions of Shabbos, other tools by which we can draw closer to G-d? Yes. Chavakok, from one of the books on the prophets, summed up Judaism succinctly when he said, “A righteous man will live by his faith.” Emunah: faith, belief, trust, a spiritual understanding and transcendence that there is Someone higher guiding us through life is what this religion's all about. Each of the holidays, whether it be the three mentioned in this week's parshah or otherwise, represents a different aspect of emunah, but like all roads lead to Rome, each one has the same purpose: to serve as a means by which we can create a tangible experience of G-d in our lives.