Being a Sponge - an Absorber of Experiences

In my previous article on middot, I mentioned that middot (character traits) are neither good or bad; they're the bedrocks of individual personalities, springboards from which growth happens. In fact, since G-d charged each of us with making use of the "toolboxes" He gave us at birth, it's not a far jump to figure that a person's nature was meant for channeling, not pruning. 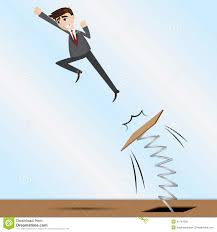 "Who is the wise man? One who learns from every person" (Pirkei Avot 4:1). A wise person once said (and that wise person happened to be me) that there are only two ways a person can learn from others: what to do and what NOT to do. The following story illustrates the above saying, "Who is wise? One who learns from everyone," by giving us the back story to one of the most popular, globe trotting speakers of our day. Obviously, Rav Yaakov Galinsky, the protagonist of my anecdote, wasn't motivated by desire for glory and wide acclaim (he evaded honor with a delicious self deprecation and often poked fun at himself). The Novordicker began lecturing a wide range of Jews because he was a man inspired. Everyplace he looked sprouted  opportunities for growth.

When Yankele (as he was affectionately termed by his friends and well wishers) was eight, the Chofetz Chaim passed through the child's small Polish town, trying to raise money for the va'ad hayeshivos (institutions of Torah learning). As Yankele's neighbors and friends gathered in the town square, the famous Rav began his lecture. He started with a mashal (parable), "There was a meshuganer (crazy person) who lived in such and such village. \He didn't work, had never married and spent his days wandering from this place to that, muttering all the while and smiling at the townspeople's children. Since he was virtually harmless, though, the inhabitants left him alone. And since they left him alone, he left them alone. That's how things were," the Chofetz Chaim reminisced, "Every town had its rabbi; every town had its grocer and cobbler, and every town had its meshuganer.

"Anyway, every year, in a neighboring area, there was a three day fair. People came from near and far to buy and sell merchandise. Many bought items at wholesale prices, lugging the goods back to their hometowns in the hopes that they'd earn a living and put bread on the table. One year, the meshugner decided to travel to the fair as well. He left town with a smile on his face; people wondered at how he could look so hopeful: the meshuganer had nothing to sell, he didn't even have enough money for transportation! 'What's he going for already?' people asked one another.

One week passed, then a week and a half, two weeks, and the meshuganer came home. The men and women noted his disheveled, pale appearance and asked him how his trip had been. 'Amazing,' he cried, with the same smile he'd had when he departed. 'I went, I circled the vendors and spoke to many interesting people.' 'And what did you bring back with you?' the townspeople wondered. What could he have brought back with him? He was dirt poor. He didn't have two grushim to rub together. 'Well,' the meshuganer carried on, 'I met a very nice fellow who had the most wonderful smell about him. When I asked him about it, he told me it was snuff. Then I wanted to try some of the stuff for myself. So the man offered me a sniff. For free!'"

With that, the Chofetz Chaim finished his parable. His audience laughed. The man was surely a meshuganer: traveling for over a week by foot and  having nothing to show for it but a pinch of powder. The Chofetz Chaim was not finished, however. "Are we not like that meshuganer?" he cried. "What will we say to the Creator of the Universe when we go up to shamayyim (the heavenly court) and are shown that we aimed for nothing more than a pinch of snuff?" The sage burst into tears.
When Rav Yankele would recall this story, he'd say that it was one of the events that colored all his life long decisions. Was he looking for nothing more than a pinch of snuff, he always asked himself, or was he aiming higher?

The examples given in Rav Yankele's biography attest to the fact that he was a take-no-prisoners kind of guy. He ate, drank and breathed sanctifying G-d's name. For years he served as the head of a yeshivah (Torah institution) that took children who knew practically nothing about Judaism and made Torah faithful Jews out of them. For years he went around fundraising for and supporting over forty kollelim (learning institutions for married men). And all throughout, he traveled around Israel and overseas speaking (wherever he was invited) for free! He saw his work, that of bringing Jews closer to the Creator, as a mission, not a career. He dedicated his entire life to it.

Becoming open to growth is about experiencing every so-called occurrence as a lesson on how to be. Everyone and everything has something to teach, whether it be your friends, parents, an experience on the bus, at the post office, in the classroom, walking home from college or while sitting in shul (synagogue). With our heightened awareness we could learn more, we would also get the gift of perspective. Outlooks like this bring about true, long lasting change.