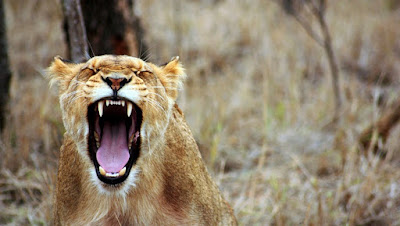 I was once in a shiur (Torah lecture) on the perniciousness of anger and why people should avoid it. It just so happens that as a young adult, I was usually on the look out for a fight, so I grew steadily annoyed with this Rabbi who didn't understand that some things are worth getting flustered over. "What if you pass a couple, and you catch the guy smacking his wife across the face?" I asked. "Aren't you going to be furious?" The rest of the class turned to stare at me. I wilted a little; however, I kept my eyes on the speaker.

He lifted an eyebrow. "I hear the question, but where does anger come into the picture?" After a beat of silence, he continued teaching.

Although I still flare up occasionally, outbursts are not really my forte anymore. However, that shiur was the first time I started questioning why people get upset. Social injustices, being taken advantage of, getting cut off in line or on the street, feeling ignored and a badly timed mess of Cheerios on the floor were just several of the examples I came up with. Spanning from very serious to almost silly, they all had one thing in common: the annoyed party is also the victimized one. Since feeling preyed on usually triggers the need to fight or flight in most people, this subject is a prevalent one. We might as well address that uncomfortable little voice which whispers, "Don't like. Must obliterate," or, "Don't like. Must get away," before we react in whatever way it is that we do.

People fight. Whether it's cab drivers and passengers,  friends, sibling, couples, everyone gets into an altercation at some point or another. Or, if they're really worked on human beings, they share disagreements. That's reality. Spotting a public display of abuse does leave one with a bad taste in his mouth. Some people would respond to a person's awful behavior toward his significant other by walking away, essentially cleaning his hands of other peoples' messy lives. Others, in varying degrees, might mix in, whether it be as an excuse to ignite a brawl or otherwise. Mixing in may be recommended; however, if you are of the hot tempered variety, why not do a little investigating before drawing conclusions? I don't suggest condoning corruption or social abnormalities but why jump the gun?

When we acknowledge Hashem's Divine Providence and the idea that everything has its time and place we learn to exercise caution. Anger isn't called avoda zara (the act of idol worship) for nothing. "Jewish tradition has taught that anger reflects a lack of Emunah in Hashem. When we are angry at something that happened (or didn’t happen), we are in a sense saying that this should not have been" (Chabad). When something upsetting or unsettling happens, bring Hashem into the picture and ask yourself, "What kind of reaction is Hashem looking for in me?