Shalom Bayit - Staying Calm in the Face of Mitigating Circumstances

This post is dedicated in memory of Etya Sarah bat Yitzchak ha-Levi. May it be an aliyah for her neshama
By Elisheva Maline 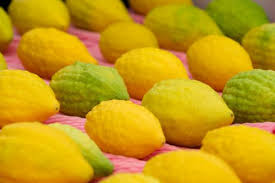 Most people on the face of this earth would plead guilty if a judge asked whether they lost their cool in the heat of a moment. But what’s the point? Why bother wasting all that energy? Siblings borrow clothes without permission, trips get missed and sometimes, little winy voices at the grocery can really grate on our nerves. Yet the world keeps spinning. After witnessing the growing scale of divorces and of marriages gone sour, I wonder, “What is the secret to serenity?”

Well, just before succot this year, I was treated to an answer. There is a wonderful tale told about Rabbi Menachem Nachom Twersky, the founding father of Chernobyl (a Chassidic dynasty), also famously known for his monumental work, the Me’or Einayim (loosely translated as Light for the Eyes). First, a little background: the father of the Chwas born in the year 1730 in a little town situated north of Kiev, somewhere near the border of Belarus. He was a disciple of the Ba’al Shem Tov (the founder of Chassidis) and eventually, became maggid (leading Rabbi) of the town of Chernobyl. In the mid-18th century, mind you, one can imagine the excruciating circumstances of Jewish families in Eastern Europe. What with combating winter’s cruel temperatures, poverty and the hateful attitude of their neighbors – and all of it balanced on an edge as fine as a knife – being a Jew in the Ukraine was no walk in the park. While they called it daily living, my little American brain calls it impossible.

The story goes that through marriage Rabbi Menachem Nachom inherited a valuable set of tefillin (phylacteries) whose scrolls had been penned by a certain famous sofer (scribe).
Over the years, his wife begged him to sell the tefillin and use the money for any of the following: food, clothes, fire wood to keep the house above freezing – anything to make their lives more bearable. He refused. One year, however, without his wife’s knowledge, Rabbi Menachem Nachom sold the tefillin and bought an etrog. When his wife discovered the deed, she seized the etrog and threw it on the floor. The piton (tip) fell off; in one small fit of rage, the Etrog had become worthless. In answer, the Rabbi of Chernobyl said, “G-d, tefillin, I don’t have. I sold them. An etrog, I don’t have. It is broken. Should I also lose my wife?” And he never brought it up again.

How do we know this story? Rabbi Menachem Nachom’s wife retold it many times. Her admiration for her husband’s ability to keep his cool, even under the most trying circumstances, glowed after this particular incident.

Now, the point of the story does not end with labels like Right and Wrong. Rather, when a person gets to the spiritual standing of הכל בידי שמים חוץ מיראת שמים"” he can see every occurrence as an outgrowth of G-d’s will. Then, he can think and act with decorum. Rabbi Menachum Nachom had this trait in spades. I’m sure that when he passed his holy soul to his Maker, it was not due to high blood pressure.