This post is dedicated in merit that Hershel ben Etya Sarah have a yeshuah.
By Shoshana Rosa 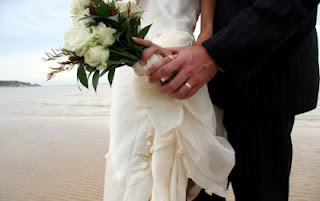 We all know that coming to the scene of matrimony with prior expectations is a recipe for disaster so why do people do it? I've never taken a poll on how many people tie the knot intending to tweak their spouses afterward; however, I recently questioned some married (and divorced) friends in an effort to gain incite into this mystery. Here are a couple of the answers that got me thinking


One of them, an old friend, said that she "tied the knot" at the tender age of twenty-one and had not given the idea much thought. Also, while she chose the man she married, much of the decision lay at the foot of her mother's urging her to accept him. It's likely that Sarah came into marriage expecting it to be as easygoing as she was. To an extent, it was. Her husband, on the other hand, came to the table full of expectations. Now, years after signing a get (divorce certificate), I asked where she thought she took a wrong turn. "I wasn't prepared for the person I married," she sighed. "He wanted things that didn't come to me naturally and neither of us was that great at communicating our needs. Over time, things fell apart." When I questioned her on the subject of expectations, she shrugged her shoulders, "I wanted a happy guy. My ex was really morose. I don't know what he wanted."

My next subject was a girl in her mid twenties. She is also on the verge of getting married. When I questioned her on the idea of marriage, her answer was a diplomatic one. "I've never been married so I don't know what it's like to be disappointed by a spouse. However, when it came to looking for a husband, I kept an eye out for a guy with good middos (character traits). I know I need consideration, someone who will listen and know how to communicate openly. If we do have any bumps, at least there will be someone in whom I can confide."

My third and last was also an older friend, one who has been married for over two decades. When I asked her about the ideal marriage she mentioned that after researching the matter, observing other peoples' marriages and experiencing her own, she concluded that the relationship between a husband and wife is meant to be a wholly selfless one. "We, as women, are supposed to build our husbands up. We need to respect and admire them. The focus needs to be on them." In a world of people who are almost totally self absorbed, this piece of advice struck me as inversely revolutionary. In his book Women's Wisdom famed author and Breslover Rabbi Shalom Arush reiterates this point by discussing how men and women should step into their ideal marriages with the full intent of fulfilling their individual roles as spouses. He places emphasis on building loving relationships because "Wherever there is no love between a male and female, and no unity, the Holy One Blessed be He (G-d) does not dwell. Even if the person is a pious individual, if he is in a place where there is no unity between male and female, Hashem (G-d) is not there."
I want to go back to one point: I had used the phrase 'ideal marriage' but what if the spouse is less than ideal? I'd like to offer perspective with the following story: There was a certain Hasid who hated his wife; however, he could not write her off with a get (divorce certificate) since he had gotten a little drunk at the wedding and added several zeroes to the original amount that grooms must promise their future brides. He approached the Rebbe for advice, "What can I do? My wife's a shrew. How do I get rid of her?" The Rebbe stroked his beard, "There's a saying in the Talmud that if one makes a promise and does not keep it his wife will perish... Make an oath to donate two million dollars to the building of a shul (synagogue) in our neighborhood and when your promise isn't fulfilled, your wife will get sick and pass from this world." Then, he added, "Since it seems she has only a few months left to live, try to be a little nicer to her."

Time passed and as the wife saw a radical change in her husband's attitude toward her, she too, began to mirror his behavior. Within a matter of months, their marriage was operating smoothly. Then, she got sick. Ashen faced, the Hasid ran to the Rebbe, "Rebbe! Rebbe!" he cried. "My wife is ill. What can I do to make her better?" The Rebbe smiled, "Donate two million dollars."

While it is not easy thinking that you are the one making all the effort (do not doubt that your spouse is doing a lot -- you may not have noticed), the labor makes for a better marriage in the long run. I have met a remarkable amount of people who, over the years, weathered different moments only to arrive at a wonderful upswing together. After all, investment tastes sweeter than free gifts. In any case, don't forget that the rain may fall today but the sun will be out tomorrow.