shmirat haloshon - Distance Yourself from Lying 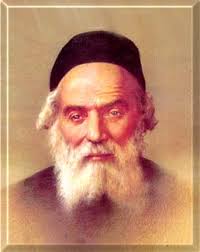 When someone insists, "I never lied to you. I always told you some version of the truth," take his word with a hefty grain of salt. The Torah tells us that twisting the truth to fit one's personal motivations is grounds for sinning. Yet the line, "Distance yourself from lying" (Exodus 23:7), leaves room for one to assume that Hashem (G-d) only means outright lying. Therefore, the Medrash (elucidation of the Written Law i.e. the Torah) steps in to clarify. Since this law is mentioned in context of the courtroom let's touch upon matters pertaining to litigation. When a judge realizes he has erred in his judgment, he should not seek out proofs or means to substantiate the false report. Rather, he should admit his mistake and reopen the case. Let's take it a step further: if a judge or witness becomes aware that one of his colleagues is dishonest, s/he should take a stand and refuse to work with him.

Although the Torah is addressing this law in the context of the court system, avoiding a perversion of the truth is all inclusive. Distancing oneself from falsehood is considered to be one of the foundations of Judaism, as it is written in the ten commandments, "You shall not bear false witness against your neighbor" (Exodus 19:13). After all, G-d's seal is truth.

But hey, what does that actually mean? For truth seekers who demand the bottom line, how does anyone determine what objective truth is? After all, truth isn't just hiding under a rock; and in most courtrooms, justice isn't measured by right or wrong but rather it is meted out to the guy who can afford the slickest lawyer.

In any case, remaining objective is HARD. This is why distancing oneself from lying includes strict guidelines. People are usually biased one way or another. Therefore, we, as participants in the game called life, are commanded to behave in the following fashion: if two people show up for a court hearing, for instance, and one of them is dressed elegantly while the other is draped in rags, someone must make sure they appear before the judge in similar attire so that the judge will not unconsciously favor the better looking fellow. Here's another example of avoiding bias: in the time period of the Gemara (a section of Oral Law), a story was penned about a sage who served as judge in his village. Among his daily routines was asking one of his servants to bring him a large bowl of fruit from the orchard. One time, this servant was summoned to beis din (a court of three judges). Naturally, he asked his master to serve as one of the judges. At first, the sage readily agreed. However, after giving the matter some thought, he recused himself, on grounds that he had a personal bias in favor of the servant because he regularly brought this sage his bowl of fruit -- even though this servant received payment for his efforts!

With regard to shmirat haloshon, the Chofez Chaim has no compunction with stating repeatedly that stories which are true also fall under the category of loshon hara. Relaying information that is untrue is actually worse and is called slander. The first chapter of his book on shmirat haloshon (guarding one's tongue) discusses the practice people make of speaking intentionally in mixtures of truth and falsehood. If one speaks loshon hara that has a tinge of falsehood such as an exaggeration, a white lie or pretty much any twist that enhances the underlying motives of the speaker, s/he is considered a liar and slanderer according to the Chofez Chaim.

When witnesses approach the stand, the bailiff hands them a Christian Bible and has them sworn in. The Chofez Chaim was once summoned to a secular court to serve as a witness. When the bailiff approached him with the Bible, as was the usual procedure, the prosecutor stopped him and explained, "This is unnecessary. This man will tell you the truth; he will not veer from it."