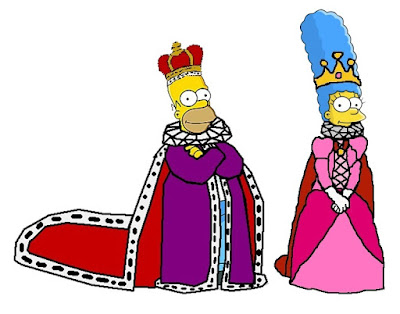 As mentioned in my previous article on shalom bayit (peace in the home) a man and woman both have obligations in the courthouse of marriage. The man must cherish and make his love known while the wife must make sure that he, as well as everyone else, is aware that he is and will be treated like the king of the homestead.

Now that we've acquired some idea about the general structure of a marriage, we can hone in on the spouses' individual roles. Regarding the woman: Chava's (Eve's) creation was accompanied by a dual role: aizer k'negdo, or in other words, a helpmate who would also show opposition. Rashi reconciled what looks like a contradiction with the following, "If he [the man] deserves it, she [the woman] will be his quintessential wife; if he doesn't, she will henpeck him back on track" (Genesis 1:18).

Being an aizer, or helper, is pretty much like it sounds. Being a k'negdo, however, usually requires a little more groundwork. It goes without saying that everyone has different needs. Not only that but peoples' needs change with the passing of the seasons. In order for a marriage to thrive, one needs at least a modicum of emotional intelligence (although self awareness helps).

When the man is doing his part, well and good. She can make sure dinner's ready when he walks through the door, keep the talk at a minimum and smell good (Chanel number 5 - highly recommend). When he isn't doing his part... well, here's the clincher: if and when a husband goes off the rails (and I leave it to any man's wife to define "rails" and what jumping off them entails) she doesn't just get full rights to barge into Jane Smith character. If he makes fun of a nerdy co worker or forgets her birthday, she can't just shoot him with every bullet in her back pocket. And she definitely shouldn't sit in the dark tapping her foot, anticipating the moment he walks in so she can pounce on him with, "Where have you been? How inconsiderate are you already? Do I need to tape your Bluetooth to your ear?" No no ladies, that's no way to pull an apology out of your man.

But we're not discussing walking on eggshells either. That's just a recipe for high blood pressure. Being a k'negdo requires balance in planning, timing and precision of speech. If your husband's behavior is out of place, you want communication, not a cat fight. First off, if there's an issue, identify it. Then, pick the ideal moment to bring it up. This does NOT mean in the morning when he's stomping around the house and growling about car keys. Maybe after dinner (a lot seems to hinge on a welled timed meal), that's almost always a shoe in.

The idea isn't to be an aizer k'negdo; we women are that in spades. A good marriage is about how to be a helpmate. Since consideration is the main stay of the day; we best start courting it.