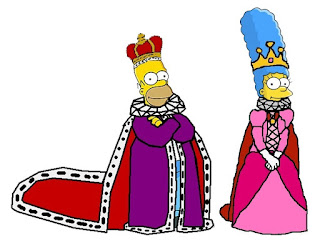 This article is about why men and women should stop molding and start seeing one another as perfection incarnated instead. However, since humanity's natural bent is toward fixing others let's call a spade a spade and settle for learning about a healthy perspective. Perhaps a change in one's thinking patterns from, "She didn't make me what I wanted for dinner..." to "If she'd known what I'd wanted she would have," and "If she'd had time, she would have made something," is called for. Coming to a marriage with reasons to like your spouse not only allows you to make your needs known it also lets your spouse know that s/he is valued regardless of their actions or intentions. In other words, making a clear differentiation between acceptance and approval keeps the heart full of love. Also, an open heart is usually much more open to alteration than a defensive one (***just as long as the change does not signify altering the fabric of some moral code of ethics or one's personal comfort zone).

How exactly does the idea of "judging one's spouse favorably" pan out? In Genesis, when G-d creates the first woman, the prerequisite for her entrance into the world was that she would be an aizer k'nego for her man (a help mate opposite him). In her marriage counseling book, Aizer K'nedo, Sarah Chana Radcliffe mentions that while a single fellow is bereft without his second half, the Torah never mentions the woman needing a husband to feel complete. She is fine ALONE. The idea behind this is not necessarily feminist; however, it is very pro women. "Just by being herself, as Hashem [G-d] created her, a woman can be of help to her husband" (Aizer K'negdo, p. 14). "Just by being herself" can mean "just by being a positive force at home."

As I was saying, a good marriage is based on mutual respect; part of that respect is founded on looking for excuses to see one's spouse with a "good eye." That, and a little dusting off of patience (good humor helps) will always make a world of difference (*exceptions may include a REALLY sordid past or some chemical imbalance resulting in a psychosomatic disorder). In a fairly well known story by Chaim Walder (an Israeli writer on short stories from real people) he tells the tale of an irresponsible gadabout and his disgruntled wife. I'll spare you the details; anyway, they get divorced. The Gadabout, let's call him Chaim, gets remarried and Disgruntled wishes his second wife gezunte heit (good luck). What unfolds next leaves the ex wife rubbing her eyes in disbelief. This new wife is a verifiable Pollyanna, pulling out all stops with regard to seeing her husband as nothing less than sterling. Somehow, this makes him want to clean up his act and become a respectable, functioning member of society. Are we surprised?

One of the illnesses lurking in the background of the Instant Gratification Movement is Impatience and his best friend, Ultimatum, "If you come home late again... If you forget to squeeze the toothpaste from the bottom of the tube one more time.... If you breathe loudly... that's it. I want out." Where would divorcing one's spouse for behaving like a louse bring one anyway?  Cheaper dinners for one?

Occasionally, when my friend Sara forgets to make dinner, her husband goes into the kitchen and boils pasta. When I asked her about it she made a face, "He never says anything but I feel like a terrible wife." Actually, he thinks she's wonderful. After all, she works full time, supports his learning and watches the kids when they come home from school. "If you don't get to dinner because your hands are tied, doesn't he remember why?" I quipped. She smiled. To be sure, our spouses will not always fit the mold we'd like them to. If we work to see them as people who love us, then however their actions appear, whether they aggravate or not, will always reflect that love.