Parshat Emor - Serve G-d from a Place of Purity 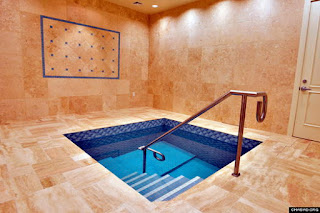 This week's Parshat Emor explores the stipulations as well as spiritual value behind keeping oneself in a state of purity. Every Jew is commanded to be pure. Some forms of purity are universal while others only apply to the select few such as, let's say, married women. Bear in mind that there are different states of impurity as well as specific methods for getting rid of each. Regarding the first category, every Jew is commanded, upon waking up in the morning, to wash his hands. Why? While asleep, a person's body is considered one sixtieth dead. When he opens his eyes the impurity flees; however, a residue is left in his fingertips and he needs to wash off his hands in order to become pure again (look in the Kitzur Shulchan Aruch for more details). As far as the second category is concerned, regarding married women, they are forbidden to have physical contact with their husbands at specific times every month. Then, they are commanded to dip in a mikvah (a place with natural rainwater).

Last week we read in Parshat Kedoshim (19:2), "You will be holy," an imperative to the entire Jewish nation to behave like Jews. This week, in Parshat Emor (21:6), a similar phrase, "They will be holy" appears. The latter phrase is relevant only to a smaller category of people i.e. the kohanim (priests). Since the kohanim were involved in serving G-d at the mishkan (tabernacle) and, later on, in the Beit Hamikdash (Holy Temple) Hashem (G-d) required a more exalted state of being from them than from the rest of the people. Therefore, they were charged with staying away from specific forms of uncleanliness which would detain them from their holy service.

What are the conditions these descendants of Aharon were given? They are intricate and many. I will mention the very basics. Kohanim are forbidden to defile themselves by coming into any sort of contact with a dead body. This means that he cannot enter a cemetery nor can he even be under the same roof as the dead. Generally, this is why hospitals spark debate among men of Aharonic descent, "Can we go in. Can we not go in?" depending on the building's layout.

As an aside, the parshah begins with the words, "Say to the sons of Aharon and you should say to them..." (Leviticus 21:1). The double usage of the word "say" is an indicator that the adults should help the youngsters learn how to conduct themselves, "Stay out the graveyard Moishy!" That's not to say that kohanim cannot come into contact with any and all cadavers. If the case includes the wife [who was not under the category of a forbidden union] and his immediate family: his mother, father, [virgin] sister and brother, he may defile himself by taking part in the burial process for them. Also, if he comes across a dead Jew and there's no one else around, he must bury it. If and when the unspeakable happens and the kohen does come into contact with a dead person, he is considered impure till evening and cannot join the service in the Mikdash (Temple) before immersing himself in a mikvah. When the sun sets, he becomes pure once more and he can join his fellow priests (Leviticus 22:6-7). Nowadays, we do not have a Beit Hamikdash; however, these laws still apply.

Notice that as you learn more and more about the rituals involved with becoming pure, water always plays a role. Rav Aryeh Levine in his sefer (book) on mikvah (the ritual bath) speaks at length about the idea of water as a vehicle to purity. The word מים, water has the word מה, "what" as one of its roots. The word "what" represents the means by which a person can ask, "What am I?" Also, mayyim is similar to the word מבטל nullification. People cannot live without oxygen. When they dip in the mikvah they are reminded that as frail human beings cut off from their air supply, they'll pass out. When we go underwater, it is an opportunity for us to remind ourselves that we are mivatel to Hashem (nullified before G-d). Whether we defiled ourselves on purpose or erroneously the process of dipping in the water reminds us that our ultimate purpose is connecting with a higher purpose and that is following in G-d's ways.