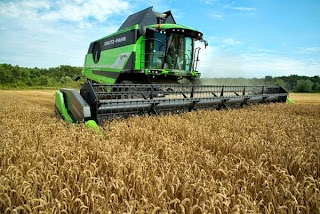 At the end of The Six Days of Creation, G-d forged a day of rest for the the seventh day. Rashi, a famous commentator on the Torah from the 1100's, quotes Breishit Rabbah (10:9) saying that on the seventh day G-d created rest. "The only thing the world lacked was rest. Shabbos (the Sabbath) is a time of rest and a halting from the week's labors. This weekly occurrence is meant to serve as a metaphor for this world and the next. "Whoever prepares himself for Shabbos on erev Shabbos (Friday afternoon) will merit eating on Shabbos i.e. those who fulfill the Torah's commandments will enjoy the fruits of their labors in The World to Come" (avodah zara 3a). This world is a temporary place; Shabbos serves as a consistent reminder. Don't sweat the things that don't matter.

In this week's Parshat Behar, G-d takes things to another level as the Torah goes into detail on the laws of shnat shmittah (the sabbatical year). When the Yidden (Jews) entered the Land of Israel they immediately began counting seven year cycles. Every seventh year would be deemed a year of letting the land lie fallow. "You may sow your field for six years, and for six years you may prune your vineyard and gather its produce. But in the seventh year the land [of Israel] shall have a complete rest; it shall be a Shabbos for Hashem (G-d). you shall not sow your field nor shall you prune your vineyard" (25:3-4). Not only must the landowner refrain from farming the land s/he must "open" its gates to all persons whose fancy strikes them to enter and eat from the produce that grows wild during the seventh year. This mitzvah (commandment) is one of the few that pertains specifically to the land of Israel. Whoever does not live there cannot keep the laws of shmittah; however, s/he can participate in this mitzvah by supporting those farmers who are commanded to observe it.

The idea of shmittah is a challenging one, especially in a Middle Eastern country where one is liable to starve if s/he doesn't look after his wheat stalks.Was G-d essentially commanding us to enter into an existential crisis? Heaven forbid! Keeping shmittah, the Shabbos of Shabbosos, is an opportunity to allow Divine Providence into one's life. There is a rule of thumb in Judaism: the less you do and the stronger your faith, the more you will see G-d playing a role in your life.

There's a lot of literature going around concerning farmers who abstained from working the land during shmittah and merited to see and understand the blessings that came after. For some, these brachot (blessings) come in surprising packages. I heard several stories, in the name of Rabbi Fischel Schachter, about people who struggled to keep shmittah, were successful and saw miracles unfold. There was a locust epidemic one shmittah year and the little monsters devoured everything. One small village called Komemius where The Rav was unwavering in his observance of shmittah was left untouched. Another anecdote: a group from keren hashvi'is (supporters of those who became poverty stricken in the seventh year) approached one of the farmers who kept shmittah at the end of the year and asked him if he'd suffered any financial losses. When he said yes, they asked if he saw any miracles happen in his field. He said, "No! But I kept shmittah! That's the miracle. I lost everything, my field got wiped out but I kept it." He went on, "My wife and I have been married for fifteen years without children. She's pregnant now." When one shows mesiras nefesh (puts himself on the line) for shmittah, s/he can watch miracles unfold.