This post is dedicated in merit that Hershel ben Etya Sarah have a yeshuah.
By Elisheva Maline 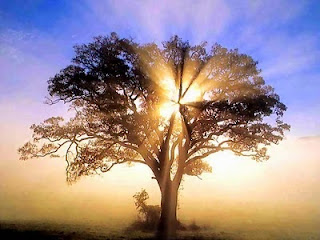 After reading up a bit on the month of Shevat in The Book of Our Heritage by Eliyahu Kitov I came up with a theme: approaching G-d. Although Shevat (mid January to early February 2016) is normally most noted for its celebrated holiday Tu'BiShvat, Rosh hashana li'Ilonot [The New Year for Trees], and the excitement that accompanies buying this year's new fruits, I'd like to mention some other events that highlight the idea of how to come close to G-d.

In two weeks time we will be stepping into Shabbos Shira (The Sabbath of Song). During the Torah reading on Shabbos Shira, Parshat Bishalach, we experience the Exodus, the splitting of the Sea of Reeds, the receiving of our first laws at Marah (Shabbos, para aduma, dinim), the falling of the manna etc. Clearly, there are a lot of reasons to be happy this month.

However, as opposed to the other fantastic miracles that happened during that time, it is uz yashir (The song of the Sea) that is the highlighted event. After the splitting of the sea and the unfortunate decision on our enemies', the Egyptians' part, to give chase only to die by drowning, the Jews made it to dry land and broke into song. We recite uz yashir every day in the morning prayers. Shabbos Shira is named after this occurrence because its effect chimed with eternity. Since the Jews sang with a perfect faith, the power of their trust in the Almighty burst through the barriers of time and still vibrates in the hearts of Jews today.

We sang, "Hashem [G-d] is with you." There is no one but Him; nothing to depend on but Him; nothing to fear but Him. The Jewish nation understood that outside of faith in G-d, there is no real joy or vitality to be had. The Psalmist [Dovid haMelech] commemorates that sentiment by adding, "and to the upright of heart there is much rejoicing."

Just to get a flavor, here are several phrases we recite in 'In the Song of the Sea.' along with commentaries who bring deeper meaning to the words. 'I shall sing to the L-rd for He is most exalted.' G-d alone is exalted. The pride of man casts him down to the abyss, even though, ironically, it is clear that a proud man is one who tries to rise to the heavens. Since G-d despises vanity and flees, so to speak, in the face of a person's self importance, His hierarchy is pronounced in the above phrase. 'The horse and his rider': a horse is a symbol of strength and might over other earthly creature's. The rider on the horse is the archetype of one who believes himself dominant, the rider over the forces of creation. However, 'He [G-d] has thrown them [i.e. vain people; in the song, specifically, the Egyptian riders] into the sea,' what is the might of man before G-d?

By the way, Shevat also bears the brunt of the six weeks of shovavim, which start at the beginning of Parshat Shmot and ends toward the end of Shevat with Parshat Mishpatim. The six parshiot (chapters) which mark the passing of these six weeks deal with our slavery in Egypt as well as our subsequent release into the arms of G-d and... another form of slavery. One is usually enslaved to one thing or another, whether it's one's animal instincts, one's desire for materialistic comforts or even public approval. With the advent of shovavim and the slow paced approach to mishpatim (a parshah which has a listing of many of our Torah's commandments), we work on slipping off the robe of physicality and stepping into a garment cut from a more spiritual cloth. In this way we make progress in our desire to come close to G-d.