Derech Eretz - How to Respect our Fellow Human Beings 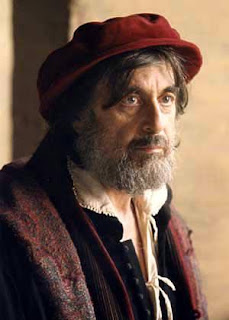 Literary classics and social media gave Jews a bad name, not least among them being Chaucer's ghetto Jews in "The Prioress's Tale," Shakespeare's Shylock, or Dicken's Fagin. None of these fictional characters serve as model examples for how to be polite dinner guests, of course. As far as reading the papers and watching the news, Samuel Clemens was known to say, "If you don't listen to the news you are uninformed and if you do listen to the news you are misinformed." Take other peoples' opinions with a hefty grain of salt.

Unfortunately, the larger world misses out on so much of the richness of detail that exists within the Jewish religion. Our six-hundred and thirteen mitzvot (commandments) -- and if that sounds overwhelming, it's only the tip of the iceberg -- spell out how to tap into the unexpressed potential which exists within each and every one of us, Jew and non-Jew. I'll explain one of Judaism's main principles in brevity. Our religious observance is twofold: we keep G-d's commandments by following, with equal intensity, the laws relevant to serving only G-d (bein adam lamakom) such as praying on time, keeping the Sabbath and keeping kashrut (Jewish dietary laws) etc. as well as the rules pertaining to man serving his fellow man (bein adam lechavero).

Regarding the laws of bein adam lechavero is where the tip of our knowledge takes to the deeper end of matters. We are not called the virtuous nation by those who have glimpsed our glory (Mark Twain, Charles Dickens) for nothing. Lawrence Kelemen, the author of Permission to Receive names a few of these numerous laws. There is a specific detailing of commandments about the prohibition of personal and property damage (Exodus 21:1,2), holding grudges (Leviticus 19:18), self righteousness (ibid.), not paying wages on time (Leviticus 19:13, Deuter. 24), and not conducting business using accurate weights and measures (Deuter. 25). These are not the focal issues, like robbing, adultery and murder, which cause a society to erode over time. However, as G-d explains through the Torah, the laws selected above are examples which show where the first hairlike fissures, which lead to a culture's destruction, stem from if people do not take care to respect one another.

The Torah orders us further, "Stand up before the elderly" (Leviticus 19:32) and even "Love the stranger (also known as the convert) as you would love yourself (Leviticus 19:34). Our sages of blessed memory Hillel and Rabbi Akiva have summed up all these laws succinctly, "Do not do to your fellow man what you would not like done to yourself" (Shabbas 31a) and "Love your neighbor as yourself" (Leviticus 19:18). Instead of accepting point blank any of the negative things the media has to say about the Jewish nation, get to know some of the Orthodox Jews in you local area. You might be pleasantly surprised to find out about the richness of the Jewish religion and what it has to offer.