The Month of Kislev - Candles in the Dark

This post is dedicated in merit that Hershel ben Etya Sarah have a yeshuah.
Elisheva Maline 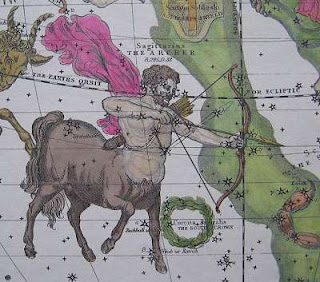 In ancient times, the lunar month was established by means of observation. Once two witnesses had approached the Sanhedrin with their sightings of a crescent moon, the court could declare Rosh Chodesh, a.k.a. the new month. Chanukah is similar to Rosh Chodesh in that it is also a holiday that was established by men, so to speak. Although it is not considered aholiday based in the Torah, our sages of blessed memory ordained it as a festival. What miracles happened during the days of Chanukah that the sages considered applicable for all future generations?

The background for the story of Chanukah is from "during the time period of the Second Temple. The Greeks had issued decrees against Israel: they forbade Jews to engage in Torah study and practice the mitzvot (commandments). The Greeks proceeded to lay their hands on Jewish property, and eventually, they entered the Holy Temple and defiled everything that was ritually pure. They opened all the jugs of oil meant for lighting the menorah causing them to become unfit for lighting the menorah. This, among other things, caused Israel terrible anguish. Hashem (G-d), in His great mercy, delivered the Greeks into the hands of the Jews. Several members of the Hasmonean dynasty stood up to the Greeks... and they prevailed. All this occurred on the 25th of Kislev." The Book of Our Heritage.

Since Jewish thought calls this world a manifestation of spiritual reality, the sages made a holiday out of Chanukah to uplift the dark reality that is mid November to early December. The energy of Kislev is one of spiritual deterioration. Hence, it is often called the darkest time of year. Moreover, during this season the Jewish people suffered terrible decline in their service to G-d. During the era of the second temple the religious community was at loggerheads with the Greek empire as well as at the droves of Jews who were converting to the Hedonistic ideal.

Yet out of that bleakness where we almost lost our religion and the temple, G-d shined a light. This was the glow of the Chanukah miracles we witnessed then. After the Hasmoneons defeated the Greek army, the victors entered the temple to discover that there was only enough ritually pure oil left for one night. It would take a week to ready the next batch, and the menorah needed to be lit every day. This fact did not dampen their spirits, however. The kohanim (priests) lit the menorah. Then, a miracle happened. That one night's worth of oil kept the candles lit for eight days and nights. This is why we celebrate Chanukah for eight nights.

These candles are the symbolic flickering of lights that occurred in all our exiles or during our periods of spiritual failing. They also stand in as representatives for those who clung to their beliefs in the face of mitigating circumstances. One of the ways in which we celebrate Chanukah is by lighting candles as a commemoration and encouragement from times past for people in difficult times to come.

The following story is one that took place in extreme darkness: the Nazi concentration camp Bergen Belsen. This story marks one event among many, and it highlights Jewish endurance in even the most emotionally rending situations:

May we never again experience such horror, may we all be blessed to see G-d in our lives during the dark and bright times.