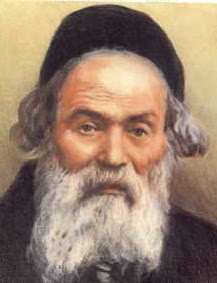 Did you ever get caught in an argument, say something and immediately wish you could reel the moment back? Words are funny things. You can't touch or see them and yet their affect is such that they leave an indelible print on the hearts of others.

I remember watching Groundhog Day and wishing my life could take a similar track to the movie's screen line. If every day were a repeat of the day before, I could act on a whim or just take my time. I could fail a test, insult a friend, ditch my job today; then, I could go to sleep, wake up and pass the exam, keep my mouth shut and nail some sales at work... today. Where one isn't given the option to live this way, however, I can see how that would make life infuriating. Especially if it was a day one was dying to sleep off and abandon for a vague, unpleasant memory. The latter holds true with the protagonist of Groundhog Day. Phil is forced by the movie g-ds to relive February 2nd for forty years until he finally manages to make it the best day of his life.

Unfortunately, realists do not have this luxury. The nearest happy solution lies in the lunar calendar. Every year, G-d grants us Elul, the month of reckoning, through which we work out the kinks from our past year, feel remorse and, in effect, do teshuvah (return to Hashem [G-d]). We utilize Elul and Tishrei to beg Hashem for another year to clean up our act. The word chait, sin, takes on a deeper meaning here. The connotation indicates that when one sins he has fallen short or has shown that he is lacking in his ability to reveal his latent potential.

Our sages of blessed memory say that the three keys to forgiveness are teshuvah (returning to Hashem and the idea I mentioned in the paragraph above), tefillah (prayer) and tzidaka (giving charity). Regarding tefillah, the Chofetz Chaim warned us to beware of the words we speak for if they are considered words of loshon hara (negative speech) one's tefillot will not reach the heavenly throne. Initially, they ascend, but become stuck somewhere in the middle of a spiritual vacuum. Why does this occur? Since the same faculties we use for learning Torah and praying are being used for corrupt speech, G-d considers the sacred words used when we learn and pray as similar to spoiled meat. It is difficult to stomach hypocrisy, even if one's acting sanctimoniously is simply because he is ignorant to the laws of loshon hara. He should learn!

We can see from here that watching one's words is not an activity relegated only to the pious. Shmirat haLoshan is imperative to everyone, especially so at the beginning of the year when we are preparing ourselves to face the judgment on Yom Kippur. One of the best tricks for dealing with the yetzar hara (evil will) is to skirt an issue rather than taking temptation by the horns. If you have something juicy to say (knowing it will have negative ramifications), don't say no, and call yourself a bad person . Instead, push off the need to speak for about twenty minutes. This lulls the yetzar hara into a false sense of security: okay, he won't sin now, he'll sin later... I can wait. Then, when later comes, push off the telling again. Eventually, the urge to speak loshon hara will simply fade.

If you live life with this strategy, you will rarely say things you may come to regret later. Even better, the desire for do-overs like Bill Murray's weatherman in Groundhog day will dissipate as well.