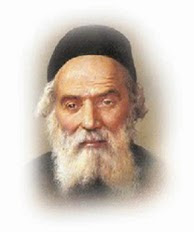 The film Mean girls stars Lindsay Lohan as the hapless home schooled teen who manages to get ensnared by the A list "Plastics" clique on her second day of public school. By the time the film is three quarters over, Cady (Lindsay Lohan) has been transformed from a naive, sweet girl to a cruel, backstabbing stereotype of the American high school teenager. The screenplay's goal was not just inciting the audience to laughter with its satirical wit. Mean Girls was written as a cautionary tale of sorts, informing people of the consequences gossip mongering brings. After Cady is accepted by the Plastics, she agrees to act as a mole from within the group after the group's leader, Regina, hurts her feelings. First Cady works to emotionally destroy Regina by turning two of the groups' four members against her. For instance, Cady tells Gretchen that Regina likes Cady more than she like Gretchen. Then, she tells Regina's boy friend that Regina is a bad girl friend. After each incident, Cady reports back to another high school friend, Janis, with the head mean girl's tales of woe so they can make fun of her. Eventually, the process causes Cady to forget who she was before she came to high school and as she refashions herself into another version of the queen bee she is terrorizing, she loses her good friends.

Lihavdil elef havdalos (a thousand divisions), in the introduction to the Chafetz Chaim's sefer (book) on shmiras haloshon (guarding one's speech) the great European sage tells us that the root of jealousy, hatred and war lie in the inability to keep one's mouth shut. Lashon hara, which literally translates to mean evil speech, has been a hot topic in almost every culture and religion the world over since the beginning of time. In the case of Judaism, the Chafetz Chaim mentions that unhealthy speech brought about the downfall of our bayit sheini (the second temple). In fact, the foundation of sin'as chinam, baseless hatred, is hurtful words.

How do we know lashon hara was the reason our second temple was destroyed? The tale of Kamtza and Bar Kamtza removes all doubt. A man invited his friend to a banquet he was organizing. After he requested Kamtza's presence his servant accidentally sent the invitation to Bar Kamtza, this host's mortal enemy. Bar Kamtza, thrilled at being invited, saw the note as an offer to make amends. Like many of us tend to sometimes do, he misinterpreted a situation. He went to the party. The host had him thrown out. In a fit of rage, Bar Kamtza approached the Roman Caesar with a false report that Jews were planning a rebellion to rid Jerusalem of Roman rule. Bar Kamtza's conversation with the emperor was the first sign of a steady decline in our living conditions in Israel. Who knew words have such power?

The bottom line to explaining lashon hara is that it is any form of speech or body language that causes a splintering in relationships and societies. This fragmentation can be traced back to the three original people involved: the one speaking the lashon hara, the one listening to it and the one who is being talked about.

In the sefer (book) A lesson a day, which is based on the Chafetz Chaim's shmiras haloshon sefer, the writers address the importance of guarding one's tongue from evil speech. The word lashon in modern Hebrew means tongue; in biblical Hebrew it translates to both language and tongue. The connotation is obvious: one's tongue is his gateway to speech. The Maharal, the mystic of Prague, expounded on this idea, saying that one may be defined by his words. What one says and even how he says it speaks volumes about who he is. Do we want to be people who create closeness between ourselves and others or, g-d forbid, the opposite?