Why is Jonathan Pollard Still in the News? 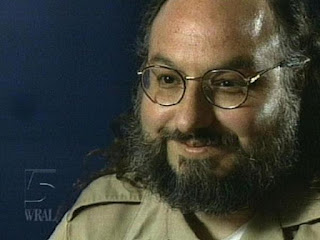 Tomorrow marks Jonathan Pollard's 30 year anniversary since the beginning of his incarceration, the calls to release Jonathan Pollard from US jail have been all over the web. While Pollard is never out of the headlines in the Jewish papers and websites for very long, even non-Jewish news sources have been covering this topic. What is the big deal?

Jonathan Pollard worked for the US government in the intelligence field. In the mid-1980s he came across information about Israel's national security - certain Middle East neighboring countries were developing weapons to use against Israel. The basic facts of the case are the US had signed an agreement with Israel to share certain information regarding Israel's national security. The information Pollard discovered the US was supposed to share with Israel, but wasn't. He says he tried appealing to his supervisors to share it, but it fell on deaf ears. He eventually shared this information with the Israeli government. Not long after, one of his coworkers in the US government reported him for taking classified information, and it was discovered he was leaking classified information to Israel, and being paid for it.

He was sentenced to life in prison - something no one in the history of the US has received for passing classified information to an ally.

Over the years, the calls to release Pollard have become louder and louder. Seven Secretaries of Defense, both Democrats and Republicans, have called for him to be released. This is in addition to all of the Secretaries of State, CIA directors and other heads of Intelligence bodies, plus Congressmen and Senators pressuring the sitting president to end this unprecedented sentence. The longer he is in prison (30 years and counting - an unheard of incarceration for someone passing information to even a enemy country), the more unfair the whole thing seems - he wasn't allowed to visit his father before he died, or even go to his funeral. Former captive Gilad Shalit has even come out recently for his release. You can join Gilad by signing this petition for Pollard here.

There are rumors that his sentence is so harsh in order to dissuade other Jews from giving information to Israel, although of course no one will say this on record. The fact is, that the average sentence for someone committing this crime is only 2-4 years. His health is failing. Why is Jonathan Pollard still in jail? What does the US have to gain by keeping him there?