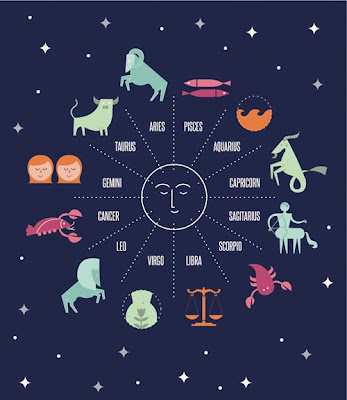 The month of Sivan was referred to in the Torah as the third month (chodesh hashlishi). Only after the Jewish nation was banished from the Holy Land and sent to Babylon did Sivan receive its present day appellation.

Every month in the Jewish calender is stuffed to the gills with history as well as religious practices. Sivan is no exception. There is a sprinkling of symbolism behind the numbers three and two during Sivan. For instance, on the third day, Hashem directed Moshe, our national leader, to make a hagbala (boundary) around Har (mountain) Sinai in preparation for the Sinai event (Exodus 19:9-15). This anticipatory period, the third to the fifth of the month was called the shloshet yemei hagbalah (3 day restriction). The Talmud (a section of our oral law) comments, "Blessed be our G-d who has given a threefold Torah (Torah, prophets, writings) to a threefold nation (Kohen, Levi, Yisrael). through one who was third born (Moshe was the third child in his family after Aaron and Miriam)."

Those familiar with zodiac may have already guessed that two comes from Sivan's sign: the twins (teumim). The general conviction is that the luchot habrit (the pair of stone tablets) on which Hashem wrote the ten commandments, represent the teumim (twins). On each of the tablets are a set of five utterances. The first side focused on mitzvot ben adam l'makom (commandments between man and G-d) and the second centered on the mitzvot ben adam l'chavairo (commandments between man and his fellow man). Perhaps the teumim are not just a metaphor for the luchot, but a reference to the relationship between Yaakov avinu (our fore father Jacob) and his evil twin brother Esav. Originally, the twin brothers were meant to be connected in tachlis (purpose).Yaakov's tachlis was based simply in serving his Creator through learning Torah (ben adam lemakom) while Esav was to deal directly with mitzvot pertaining to this world (ben adam l'chavairo). Yaakov would share a percentage of his learning with Esav and Esav would provide his brother with a portion of his profits. Unfortunately, Esav abandoned ship. This resulted in Yaakov's shouldering the responsibilities of connecting to G-d in this world as well as plugging into spirituality through his Torah learning.

Thus, there is much significance in the fact that on the sixth day of Sivan, only Yaakov's descendants embarked on a journey from whence there was no turning back. After all, there is no mention of Esav or his progeny... Everyone, without exception, heard G-d speak. He asked us if we were willing to accept His ten commandments. We answered with the famous rejoinder, "נעשה ונשמה," "We will do and we will listen." What did we mean? It wasn't a phrase to welcome blind faith; do as I say and don't ask questions. Rather, on the day we were accepted as G-d's chosen people. We expressed an explicit desire for a child-dependent-on-his-father relationship with G-d. In the ideal case, a son trusts his father without reservation. We declared, "We may not have a comprehensive understanding of all Your commandments G-d, but we are prepared to keep them anyway."


Every year, on the sixth and seventh of Sivan, we celebrate a holiday called Shavuot. We eat dairy food, stay up all night learning Torah and celebrate zeman matan torasainu (the time we were privileged to receive the Torah). It is a time worthy of note.