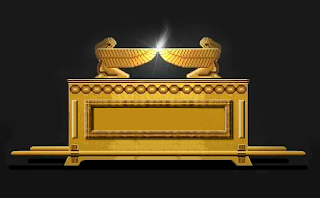 In this week's Torah portion, Parshat Naso, we continue with the Leviite's census. The Levites are counted in 3 segments, Gershon, Kehus and Merari (according to birth). Each of Levi's three sons' tribes was given his portion to carry. Gershon's family was in charge of hoisting the curtains that covered the whole of the tabernacle as well as its tapestries, and veils while the Merari family was laden with its chassis: the beams, boards and pillars. Thus, the two families fulfilled their service in perfect harmony. The Torah renders their work as avodas masa (the service of carrying).

Last but not least, comes the mentioning of Levi's second born: Kehus. Kehus had four sons, one of whom was Amram, the father of Moshe and Aharon. The sons of Aharon are the Kohanim: the priests in charge of the actual service in the tabernacle (and centuries later, in the beit hamikdash, our holy temple that King Solomon built in Jerusalem). The service of the kohanim was considered the most important. They carried the holy vessels that were used for the service: the aron (ark), menorah (candelabra), and the mizbachim (two altars). Aharon's sons were also the ones who did the slaughtering of any animals people brought in as atonement or thanksgiving offerings etc. In addition, whenever they were off duty, kohanim circled the communities, teaching G-d's Torah to the masses.

I posed the following question: if the grandson of Kehus was the one who inherited the most important work: the performing of the holy service, why was his family's name mentioned last in the Torah? The Torah has no compunction about distinguishing and creating hierarchical structures, so why mix up the order of the sons as far as the importance of their job descriptions is concerned? Also, as an aside, here the sons aren't even recorded according to birth! What's going on?

I was pleased to find an article from Aish Hatorah that shed light on the above query. First, the writer strengthens my question, "If Gershon was the eldest, why didn't he receive the most cherished job, that of the service in the temple?" He quotes Rav Shloma Margolis, a sage who wrote a sefer (book on Torah topics) called the Darchei Hashleimus. To paraphrase: the premise that it was seen as more precious in G-d eyes to carry the mishkan's holy vessels as opposed to its external coverings is a mistake. In reality, anything that is done for the sake of revealing G-d in the world shares equal value.

However, in order for us to understand what 'revealing G-d in this world' means, we need to delve into Torah learning. For now, we can settle with the knowledge that each person is considered equally important based on what his intentions are, and not the end result. We're not looking for a Bill Gates or the CEO of Apple, but we do look up to someone who has a will to succeed and does his best.  When a person does G-d's will, he is measured by intention and effort.