Parshas Emor - The Parshah on Kohanim 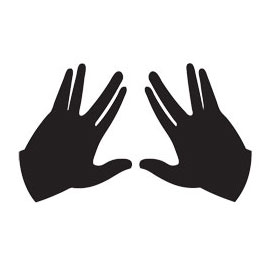 This week's Parshas Emor centers around kohanim (priests), the laws concerning animal sacrifice and the festivals.

This week's Torah portion is quite long: no less than 124 psukim (verses) actually. There is a lot to be learned here. Concerning the kohen, his family and his spiritual status: a kohen is forbidden to marry a divorcee or convert etc. He is also forbidden to approach a corpse lest he risk impurity. This includes his being prohibited from entering a cemetery or working in hospitals (since residing under the same roof as a cadaver is tantamount to physical contact with a dead body). However, if a kohen happens upon the corpse of a person: by a deserted road side or what have you, he is obligated to bury it. This at of kindness is called meis mitzva (the commandment to bury a dead person). In addition, a kohen is allowed to attend the funerals of his wife and immediate family: his mother, father, daughter, son, brother and unmarried sister.

Next, concerning the post of kohen gadol (high priest), one needed five characteristics to qualify. One had to be handsome, possess wisdom, a certain amount of physical strength, vast wealth and he had to be a good age so that he could manage the arduous work of the temple service.

The following section of Emor discusses the kohanim being given the halochot (laws) concerning animal sacrifice. Then, the psukim expound on the annual festivals (Succot, Pesach and Shavuot). We celebrate Passover in the Spring, Shavuot in the summer and Succot comes out mid Autumn. In the day of the beit hamikdash (temple), on the second day of Pesach (Passover), we brought a korban (offering) called the korban omer (barley offering). Barley is known for grinding into one the coarsest types of flours. The reson we brought coarse as oppose to finely ground flour as an offering is because it symbolized the status we were at when we exited Egypt: the 49th level of impurity. After counting the omer: sefirat haomer, for fifty days from the second day of Pesach, though, we arrive at Shavuot, the summer holiday. The first time we celebrated this yom tov (holiday) was after we arrived at a high enough level to deserve receiving the Torah at Sinai. Hashem had given the Jews time, which they took full advantage of, to work on their emotional growth process.

One last word: since the kohanim are considered an elite status in our nation, they are given precedence with honors like washing for bread or receiving the first portion at a banquet (this refers back to the times of the Temple). Nowadays, at the Torah readings, which are done Monday, Thursday and at mincha time (afternoon prayer) on shabbos, the kohen always recites from the Torah before the levi and yisrael (names of two other statuses among the Jews). The lessons we can draw from these facts in our day and age are such: giving honor where honor is due, bestowing honor according to the dictates of the Torah (never a bad idea), and perhaps even taking on the sensitivity for giving honor to the people in our lives.