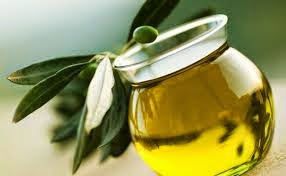 Where does the idea of bal tashchit - avoiding waste - present itself in the Torah? The written Torah hints at the value of bal tashchit when relating to us that Yaakov crossed the ford of Jabbok with his wife and kids during arrangements being made for the anticipated rivalry between his family and Esau, his evil twin. Then, it immediately informs that "Yaakov was left alone; a man wrestled with him until the break of dawn" (Genesis 32:25).  But weren't we just told that Yaakov accompanied his family across the Jabbok ford? Something must have happened in the moment after the semi colon ended and before the second part of the sentence began.

Most commentaries agree that Yaakov was retracing his footsteps because he had forgotten a small flask of oil on the other side of the Jabbok. Who cares though?  He was the thriving Patriarch of a huge family and one of the richest men in the region. He also happened to be on the verge of a potential war with an angry sibling. Does it smack of bad prioritizing? Maybe, but since the Torah is known for being one of the most intense shorthand texts encountered by man, one can safely assume that it doesn't just drop hints about random pieces of information. There must be a lesson behind Yaakov's strange behavior.

He was seeking out a specific container: in fact, the very one that he had found the morning after his dream/revelation (the prophecy on the years of exile Bnei Yisrael would face) in Parshas Vayeitzei. The next morning "Yaakov took the stone that he had placed at his head (pillow) and he set it up as a monument, and he poured oil on top of it" (Genesis 28:18). Where did this flask of oil come from? He had discovered a hollow in the rock pillow wherein the flask was resting. The timing is perfect. Yaakov needed oil for his monument and wala! he found a container full of it. As if that wasn't mind boggling enough, the bottle refilled itself. Years later, Yaakov went back to retrieve the flask in his desire to avoid wasting. Since then, it has popped up over the centuries, helping the Jews out in a variation of ways. One of the roles it played was participating in the lighting of the menorah during Hasmonean times (Yalkut Reuveni on Parshas VaYishlach).

Usually, people associate the term 'avoiding waste,' with finishing one's plate, recycling, or rescuing the rain forest by dodging the purchase of paper goods like plates, coffee cups etc.. Saving the planet from utter ruin doesn't only come from avoidance tactics though. One of the things I love about bal tashchit - avoid wasting - is that it's all about being mindful. I associate the term with the idea of prioritizing my time. This is exactly what grasping at potential is; maximizing on minutes and hours can lead one to years and decades of good choice making.
Yaakov saw the value in everything Hashem gave him, down to the puniest objects. Of course, one might interject, "But that bottle was special!" Yes, that is true. Yet the jar was only an example to show how Yaakov never took anything for granted and in affect, never wasted a drop. The little things matter. That's not to say that now  one must become a drill sergeant with his things or his time availability but imagine, "Who do I want  to be in five or ten years. Where do I see myself going?"