This post is dedicated in memory of Etya Sarah bat Yitzchak ha-Levi. May it be an aliyah for her neshama.
-By Elisheva Maline 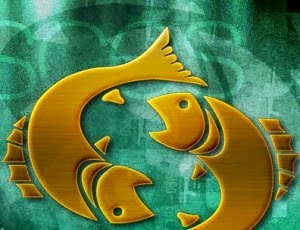 First, a quick word about the Jewish version of zodiac signs. According to the Jewish calender there are twelve, sometimes thirteen months, depending on if it's a leap year. Each month represents every one of the twelve tribes as well as the tribe's essence which is present in the energy of the month.

The month of ADAR, corresponds with the tribe of Yosef. Yosef was his mother Rachel's first son. The meaning of Yosef is 'he is adding on.' This is why the Jewish leap year gives ADAR a second month; ADAR ALEPH and ADAR BET. That's not the only reason ADAR makes a second entrance though. Since Yosef is treated like a first born he gets a double portion. Thus, every year Yosef gets a month and every leap year he gets two.


The above explanation is a great segue into this month's sign - dagim (fish) in Hebrew and Pisces in Latin. According to Jewish sources fish are a symbol of multiplying and being fruitful.  One can see that increasing her offspring was on Rachel's mind when she named Yosef. A little while later, Rachel's desire came to fruition and she gave birth to her second son. Later on in history, ADAR became associated with Rachel's increase in descendants and the chodesh took on a similar energy when it became the chosen month for increase every few years.


Besides being extremely fruitful, fish have other talents. Many countries also see fish as the symbol of protection against the 'evil eye.' How does this relate to our preparing for Purim, the most, probably only, humorous holiday of the year? The catchphrase of ADAR is 'Mishenichnas Adar Marbim B'Simcha' and don't worry, the phrase is phonetically sound. In English, it becomes rendered 'When ADAR rolls around there's an increase in joy.' Increase in children, increase in happiness. Sound's good. Only, winter doesn't look like the happiest season. Even though the frosty months coming to an end, spring still hasn't opened her eyes. I don't know about you but it's freezing here in Jerusalem. Cold months aren't the best time for frolicking in green covered meadows (usually because they're covered with snow).

How can one be happy in such gloomy weather? One word: Purim! For those not familiar with the Purim story I will say this: the Purim story took place during the Jews' seventy year exile from Jerusalem. Toward the end of their expulsion, Achashvairosh (Xerxes), a Persian nobody who somehow managed to snatch the Persian throne with his stable boy skilled fingers, decided to celebrate his victory with a feast fit for an empire. Nine years later, one of his advisers asked for permission to commit mass genocide on... you guessed it. The Jews. Long story short, his plan failed and not only were his evil designs foiled, Haman's decree got flipped on its side. Instead of the Jewish people being persecuted, their enemies were sought after and destroyed. Thenceforth, Purim became all about celebrating an upside down world. In Hebrew we have a song called v'nahapochu (and the day became upside down). People celebrating Purim, usually as the holiday is coming to a close, put the song on replay. Again and again and again. It's catchy. Kind of like being happy is catching.

saarlaser@gmail.com
Winter at this point can be depressing. Perhaps because the Pisces month has gained a the reputation for feeling lack, emptiness and being overly sensitive. Yet, therein lies her basis for power of expression. ADAR is a time for turning old ideas and fixed personalities on their ear. The Jews were going to be massacred and instead, the ones who hated them got a taste of their own medicine.

Winter is a period for catharsis. It's emotionally cleansing. Doesn't freshly fallen snow looks pure? And, "A little fall of rain will help the flowers grow." Eponine.