The direction one takes in life should always include making the world a better place. This means, among other things, building relationships, defending the weak and spreading joy. Alchemists (scientists who tried to create a chemical equation for changing cheap metals into gold) never managed to transform  lead into gold. However, we can take their example as a metaphor for seeing supposedly bad situations as opportunities for creating love in the world. It says in the Gemara, "Just as we bless G-d for the good, so to, we must bless Him for the bad." In Judaism, there is no such thing as ra (brokenness). Whatever side of an equation people stand on: health/sickness, birth/death, it is all ultimately good. Since G-d is the source of everything and G-d is wholly good, everything He does is for the good. 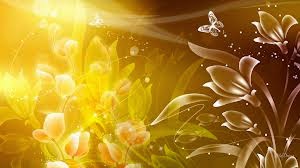 As a child and I'll admit, as an adult as well, I've complained about the pounds on my body and the lightness in my salary. I'm also still jealous of the girls from grade school who were perpetually surrounded by swarms of admirers. I'd go home seething and yell, "It's not fair! I want to be popular and thin." What I was really saying was, "I'm not enough." and "I have nothing to offer."

My mother would invariably sit me down, her arm wrapped around my shoulders. She'd tell me, “When G-d gave you to me, I felt like I had received the best gift a mother could have. I'm not exaggerating," she'd add, when I'd open my mouth to protest. She continued, "As the years fly by, I see that my "little present" is actually a series of gifts. With every life experience, dear, you peel back a layer. Beneath each is a little "surprise." Eventually, and after a lot of peeling, you're going to discover a kernel of power you never knew you had. You have what to give. Perhaps you just haven't discovered it yet."

My mother never tired of repeating the above analogy but it took a decade before the gist of my mother's words, "You have what to be grateful for." or "Everything has a specific purpose." began to sink in. When a friend of mine got diagnosed with the dreaded disease at fifteen before passing away after four years of fighting, I finally understood. I watched Sally with each passing year, her smiles growing calmer while her sea green eyes became brighter. yet, she was always focused on other people “Can I get you anything, are you thirsty, hungry? You can tell me,” she’d urge. During one such visit, I saw a small sign with a list of thank-yous on the wall behind her bedroom door. One line declared, ‘Thank g-d I can help others suffering in my position.’ That sentence burned itself into my mind.  She had the strength to help people and she did. She took lead and made it gold. She inspired me to unwrap my inner kernel of strength so that I could do the same.

Is it possible for anyone to view his/her struggles in a similar vein? Some fail to realize that it's the pain of experience that allows one to understand another's suffering. The man in the video below, like Sally, took lead and made it gold.
The phrase in Hebrew for gratitude is Hakaras ha'tov - Hakaras means recognize and ha'tov means the good. Experiences aren't just a bowl of lemons, they're a recipe for lemonade.