This week's Parshas Bo continues the story of Bnei Yisrael's exodus when the last of the ten plagues happen before the Parsha is even half over. The sequence begins something like this: Moshe warns Pharaoh (again) in the name of G-d, "Until when will you refuse to allow my people to come serve Me?" (Exodus 10:3). Pharaoh (who has become relatively predictable by now) refuses to cooperate. No surprises there. 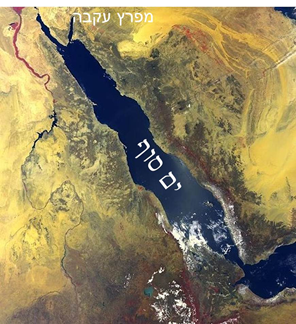 What is the meaning of Pharaoh's stubbornness? The Torah (Bible) informs us that Hashem tells Moshe in the first pasuck (verse), "When you arrive to Pharaoh, I plan to harden Pharaoh's heart" (Exodus 10:1). Ah, so the question needs rephrasing: why does Hashem seem to be tripping Pharaoh up? Is he to be nothing more than a pawn in the story of our freedom?

The answer is fascinating. It also offers insight into one of our major Jewish principles, floating somewhere behind Pharaoh's uncanny ability to withstand terrible suffering: "Whatever direction a person chooses to take, G-d leads him down that path" (tractate in Makkos). This is the power of free will. When we plug Pharaoh's supernatural pigheadedness into the quote above, we begin to understand him. It's simple. He didn't want to let his slaves go free - this was his choice. If not not for G-d's interference, the first plague would have sent the tyrant running for the hills and our story would have ended nine plagues ago! Therefore, G-d made sure to even the playing field. He strengthened the Egyptian king's heart so that he'd be able to make the decision he wanted in spite of the discomfort he and his people were enduring.

After Pharoh's refusal to cooperate, the plagues of locusts, darkness and the death of the firstborn follow. In the last plague, there is not one home where people do not experience the death of a loved one. Meanwhile, Pharaoh wakes up in the middle of the night and realizes that death must be at his doorstep since he too is a firstborn. He leaps out of bed and rushes, still in pajamas, to beg Moshe and the Jews to leave his land, "Get up; go serve your G-d" (Exodus 12:31). Everything is so rushed that the Jews have no time to bake the dough that was prepared for their journey and under the noonday sun it baked into a flat cracker. We call this matzah.

Rashi, a famous Torah commentator from the 11th century, offers an explanation for the rushed manner of our Exodus. Earlier in the Parsha it says, "Guard the matzos..." (Exodus 12:17). This means that when baking matzah for Passover, one needs to make sure that the entire process of baking lasts no longer than 18 minutes. Why the rush? If the dough becomes leavened, anything like bread, then the matzah is forbidden to eat on Passover. Rashi asks, "But why does the pasuck (verse) say 'Guard your Matzos'? How can one guard matzos, they're already baked!" The answer he offers is sourced in a gemara (Talmud tractate Psachim), "Do not miss the opportunity to do a mitzvah that comes your way."

When we left Egypt, we left so quickly we didn't have time to allow the mitzva (commandment) of matzah to slip through our fingers. The opportunity seems passive though, doesn't it? After all, the Egyptians rushed us out. Of course not! "Whatever direction a person wants to take, Hashem leads him down that path." We wanted to fulfill G-d's commandment to go serve Him and He helped us.

May we all have opportunities to see G-d in our lives and follow that path.