Vayishlach and the 'Evil Angel' 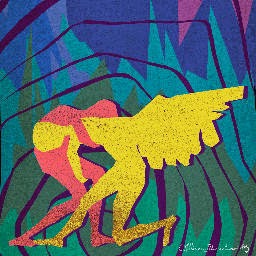 In this week's Torah portion, Jacob wrestles with an angel. One way to view this interesting encounter, is to view it as Jacob battling with his Yetzer Hara - the 'evil inclination' the little devil on our shoulder encouraging us to do the thing we are fairly certain we shouldn't.

After fighting all night, the angel insists he has an appointment with G-d that he's been waiting his whole life for, and begs Jacob to let him go (which Jacob refuses to do, without a blessing from the angel).

It's hard to not find the angel's excuse somewhat suspect: For thousands of years the yetzer hara had existed (he first appears as the snake in the Garden of Eden), yet his one-and-only meeting with G-d just happened to coincide with his defeat at the hands of Jacob? Is this a matter of miraculous coincidence?

There is a common misconception that the yetzer hara is an "evil angel" - one to be hated and despised. In fact, the opposite is true. The purpose of the yetzer hara - which we perceive as our frail side and our propensity to evil - is to provide us with the opportunity to exercise free will, and choose "good" over "bad" (think having carrots as a snack instead of a candy bar from the vending machine). The yetzer hara does battle with our emotions not because he ultimately desires that we choose the candy bar, but rather so that we strengthen our commitment to Torah by overcoming the hurdles placed in front of us. When we conquer our desires, thereby coming one step closer to perfection, not only do we not "foil" the yetzer hara - we bring him joy

The ultimate completion of the yetzer hara's mission could never be realized until he succeeded in creating the "perfect man," an individual so morally and spiritually robust that no temptation in the world could possibly cause him to sin. In Jacob, the yetzer hara had, so to speak, met his match. After an all-night battle, Jacob demonstrated that he had complete and total control over his emotions and desires. He took hold of the yetzer hara - now Jacob was boss.

What the angel is really saying is -  "I have met my match."
If - upon finding ourselves in the throngs of temptation - we remind ourselves that the very angel, the "yetzer hara," who is responsible for giving us our perverse feelings and desires, actually wants us to reject his overtures and overcome our temptation, it becomes much easier to do so.

Picture the yetzer hara watching you - cheering you on - to make use of an opportunity to exercise free-will and choose good. Imagine, then, if we goof - if we succumb to our desires and sin. "You fool!" exclaims the yetzer hara, "How could you?! You totally missed the point! I never actually intended that you should sin - I was just trying to give you an opportunity for growth!"

Having a truer understanding of what the yetzer hara is all about - and how he looks at us - is a powerful tool in overcoming the tests and temptations of day-to-day life.