The Miracle of Chanukah

Billy Collins sums up Jewish holidays with the following quote, "They fought us. We won. Let's eat."  The truth is, every holiday presents, in some way, a story in which G-d refuses to let us wander so far off that we'd end up in the back pages of a history book with all the other empires of yesteryear. 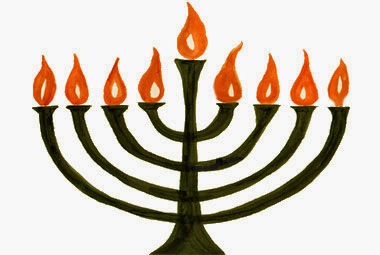 It is not a coincidence that the miracle story of Chanukah, the festival of lights, took place during the darkest nights of the year. A small group of traditional Jews were all that remained on the battle field in their fight for religious freedom against the Syrian-Greeks. Thousands of Jews had already succumbed to tempting Hellenism. The few Jews left seemed as dying embers might, slowly burning out. We were outnumbered and not only that but the Maccabees weren't the group of seasoned fighters we associate them to be, bursting out of their metal armor and howling battle cries. These were men who had never seen the outside of a study hall: they were pale faced, skinny, knobbly kneed scholars. However, this was not the first time we've beaten the odds. King David himself, a red-headed shrimp, stood opposite Goliath the giant with nothing more than a slingshot and he won. What were the odds? G-d.
Hashem refuses to let us go; throughout the annals of history, He's reeled our shrinking clan back into a new age of growth and rejuvenation.

Today, in modern Israel, we are surrounded by hostile nations who wish us nothing but a quick end. Then, Kislev rolls around and everything changes. There are metal menorahs hanging from every lamppost during the whole of December. Although it is cold and stormy outside peoples' faces glow as they take in the soft Chanukah candlelight. There are donuts being sold and dreidels spun. People are running to parties and giving each other Chanukah gelt (money). Every apartment building is alive with dozens of menorahs, hundreds of little dancing fires. How is it that we are able to do this, not just Israelis but Jews all over the world, while we have the world's bad opinion hanging over our heads like a thundercloud? What are the odds? G-d.


It is always out of darkness that a light shines brightest. This is clear when we light candles on Chanukah during the darkest, coldest season. Kislev (December in the Jewish calender) is a time of rekindling light and hope.

When you light the menorah this year, keep in mind that we add a candle every night instead of starting with eight and then pulling the candles out day by day. Why? Because hope is a steady climb up the Himalayas.