This post is dedicated in memory of Shlomo ben Aryeh Zalman. May it be an aliyah for his neshama
-By Elisheva Maline 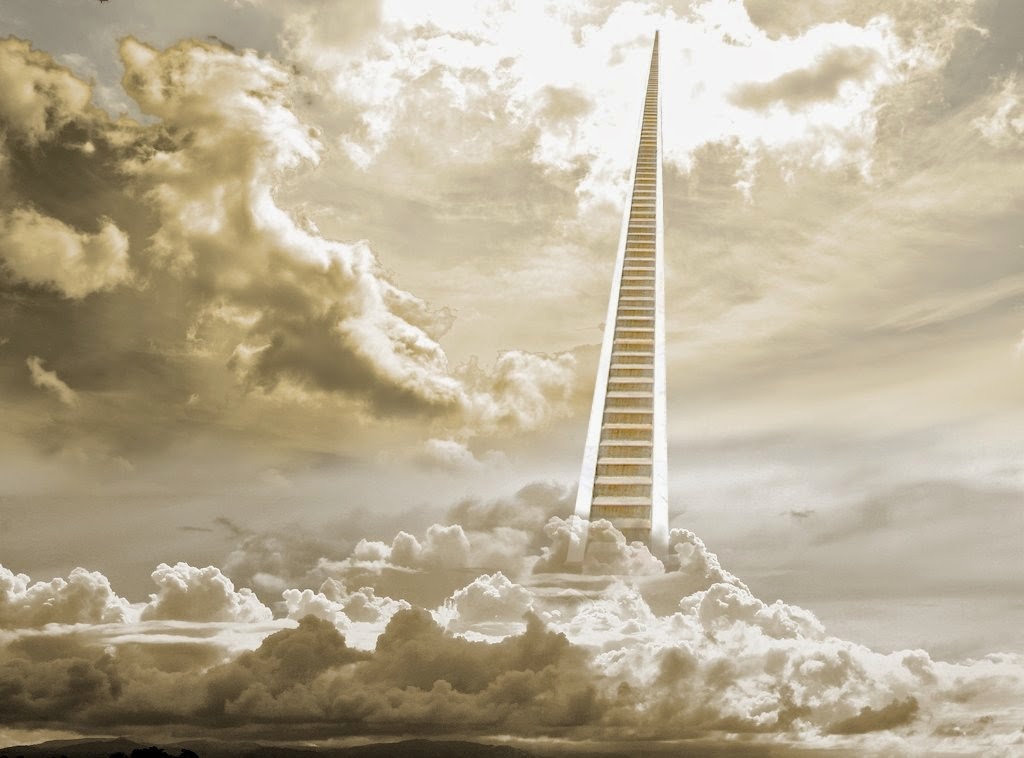 In this week's Parsha, Yaakov, having already experienced the hatred of Esau, flees Israel. He starts out for Charan, the birth place of his mother, Rivka (Rebecca). During his journey he has a prophecy, "He arrived at the place and lodged there because the sun had set..." (Genesis 28:11). This is where Yaakov merits being given the prophecy of "Yaakov's Ladder." The dream is full of symbolism. There's a ladder stretching up toward the heavens and four angels are running up and down its rungs, flying up to heaven and then back down to earth. The Medrash Tanhumah (Vayeitzei,2) explains that these angels represented the four exiles that the Jewish nation would have to endure in the centuries ahead. The first is Egypt, followed by Babylon, Persia, Greece, and Edom. The amount of rungs that each angel ascends is different because each exile will occur for a specific amount of years. When the last angel climbs the ladder, it disappears and doesn't return, showing that Yaakov isn't privy to the last exile's end. This is the exile that the Jewish people are still going through.

Yaakov awakens, shaken and sick to his stomach. Yet, when he receives assurance from G-d that there is a light at the end of the tunnel, that He will gather up the exiled Jews and bring them back to the Holy Land, Israel, Yaakov is comforted. He continues on his travels.

Next, he arrives in Charan where he encounters Rachel, the daughter of  Lavan (who also happens to be Yaakov's uncle). She is a girl with "...beautiful features and a beautiful complexion" (29:17). Yaakov rushes to Lavan to ask for Rachel's hand in marriage. Lavan agrees, on condition that Yaakov work seven years for the privilege of being his daughter's husband.

The Torah has already established Lavan for being a swindler and a cheat. Lavan in Hebrew means white - he always has a trick or two up his sleeve, even his name is elusive! "...Lavan heard the report of Yaakov, his sister's son, he ran towards him, and he embraced him, and he kissed him" (29:13). (The people of the city had informed Lavan of Yaakov's arrival.) Rashi informs us that Lavan wasn't actually hugging Yaakov, he was frisking him for gold coins.

Sure enough, at the end of seven years, on the eve of the wedding, Lavan secretly switches Rachel with Leah, her elder sister. Although Leah was beautiful in her own right, and G-d was obviously orchestrating everything with hashgacha pratit (divine providence), it is still frustrating to find oneself tricked at the end of a long long workday. When will Lavan let him go? Lavan gleefully uses this opportunity to solicit another seven years of work from Yaakov for Rachel's hand. Surprisingly, Yaakov maintains his equilibrium. He remembers G-d's promise that an end will come, albeit, after a long time.

It is the end of twenty odd years. Yaakov feels that it is time to bid his uncle farewell.
So ends the longest saga I have ever read about a man in search of his soul mate. It is a sign of hope for all of us going through our personal exiles (single hood, unemployment, melancholia). There is hope for all of us, even the winter has to finish. Everyone gets his spring.