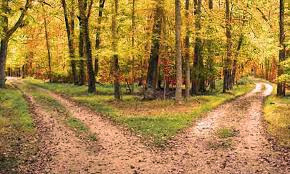 In this week's Torah portion, Toldos, the story moves at a swift clip as we are rushed from scene to scene in the lives of some of the Patriarchs and Matriachs. Yitzchak, the second amongst our three Patriarchs, and his wife Rivka, are nearing the close of twenty years marriage without children when G-d answers their prayers and she conceives.  His wife then spends the next nine months doubled over in agony, experiencing the kicking of what
she believes to be one child.

She faces confusion: one day Rivka would pass a place of learning, the yeshivas (learning seminaries) of Shem and Ever (ai – ver') and the fetus's movement would intensify. When she glides past a place of idol worship, the pain inside her stomach would escalate, as the kicking increased. Rivka is suffering, but for more than the obvious reasons. How would life be raising an indecisive child, one who might flip back and forth between Hashem and idol worship? Our Matriarch was in a quandary and she ran to the prophets of that age for advice. They informed her, "There are two nations in your womb…" (Genesis 25:23).
When Yitzchak and Rivka find themselves blessed with twin boys, she breathes a sigh of relief. "I'm not giving birth to a child with decision making issues. Phewww."

However, it does seem that from conception the forefathers of Judaism and Edom (another name for the Roman Empire and later, Christianity) were destined to have a warring relationship. During the early years of Yaakov and Esau, it did not come to light. They were fed on the same "bread," Torah, but eventually, it became clear they were opposites, as crystal in fact as when they had inadvertently attacked their mother in utero.
To paraphrase, "The lads grow up and Esau becomes a hunter, a man of the field. Yaakov remains a wholesome boy, staying home and learning in the tent" (Genesis 25:27). In short, Esau ends up abandoning all the teachings his father held dear while Yaakov moves on to father the Jewish nation.

Rav SamsonRaphael Hirsch, a Torah scholar from 19th century Germany, steps in to ask the question, "How could it be that out of two children who are raised in the lap of our holiest Patriarch, one allows himself to become wholly estranged from his heritage?" He quotes, "Raise the child according to his unique path so that when he grows up, he will not abandon it" (Proverbs 22:6). "Esau's personality tended toward the outdoors. He's what Howard Gardner would call the "Naturalist" on his Multiple Intelligences list. Yaakov, a more mindful person, connected deeply with abstract ideas and concepts. The education of Yizchak clicked perfectly with his personality and so he moved on to greatness. Unfortunately, this was not so for Esau. The moment he was old enough, he dropped everything.

Parents and teachers must be aware of the dangers that stem from taking a unified approach toward teaching students. there is no such thing as a cookie cutter group! Don't force a square peg into a round hole. Some children will fall at the wayside. Keep in mind, a child or pupil needs to be taught according to his individual uniqueness.

May we all be blessed with the clarity to support one another in the way that a person needs.