Great Places for Anglos to Live in Yehuda and Shomron

Everyone wants to be in Jerusalem, but not everyone needs to live there. Fortunately, there are numerous Anglo communities within reasonable distance of the largest city in Israel that offer a high standard of living to olim, while still allowing them to feel immersed in the culture. 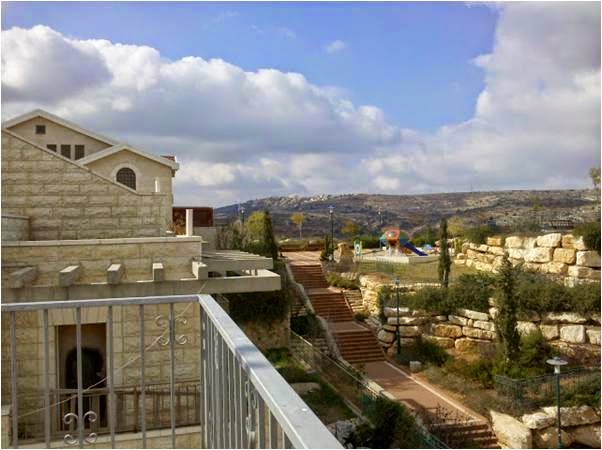 Kochav Yaakov: About a 30 min drive north of Jerusalem you will find this small yishuv. Full of Israelis, French Olim, and especially American immigrants, it is easy to feel instantly at home. Everyone in the community of about 500 families is religious, giving the roads a quiet respite on Shabbat.  A recent trip to the yishuv on Shabbat found a shiur given in English by the Rebbizen of the community. There is frequent public transportation to Jerusalem, where many people work, as well as to other nearby yishuvim, making it easy to manage without a car.

Efrat: The unofficial capital of Gush Etzion, the block of communities just south of Jerusalem, Efrat is the largest city in the bunch, and so hospitable to Anglos that its website has its own English section. There are a number of jobs within the city and Gush region - looking at the Mapped In Israel site of start-ups around the country quite a few are located here. It's also an easy commute into Jerusalem. Efrat is almost entirely religious, to varying degrees, and has all the amenities a religious Jew needs. It is an appealing place for observant Jews to live - not only is it situated within the historical 'Bible Belt' in Israel, the city itself has a Zionistic feel - with each of the communities named after one of the seven species special to Israel. In addition, it has what new immigrants need - if not within the city itself, at least nearby - such as an ulpan in neighboring Alon Shvut.

Neve Daniel: A scant 15 minutes south of Jerusalem, Neve Daniel feels like a suburb of the nation's capital. Still, many residents work in nearby Beit Shemesh, or as far away as Tel Aviv. The highest mountain in the region, the yishuv has a view of the Mediterranean Sea, it's hight has other advantages: it's pleasantly cool in the summer, though in the winter is known to get a snowstorm or two, while the rest of the Gush is left with just rain. Everything you needs is a 10 minute car ride away - to either Jerusalem, or Efrat. It's a quiet town that makes up in location what it lacks in an exciting night life. Not to mention, many, many warm, Anglo families happy to have you over for a meal on Shabbat.