Yom Kippur. It is the holiest day of the year. Jews spend the day in shul, reflecting upon the ways they didn't live up to their potential in the past year: ways they could have been nicer, more charitable, more honest, etc., and hopefully sincerely vow not to repeat these mistakes again. 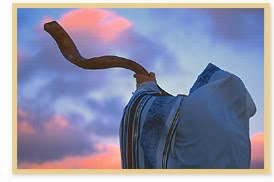 While we are standing before G-d, vulnerable and realizing the error of our ways, why can't we have such clarity on a day to day basis? Why do we accumulate so many actions for which we feel sorry for? In her book "Sticks and Stones" Dr. Miriam Adhan explains that every person has two sides to their personality: one that wants to build, love, and nurture, and another that wants to hurt, hate, and destroy.

Without a day of clarity and self reflection, such as Rosh Hashanah or Yom Kippur, it is easy to develop grudges, hold resentments and otherwise allow friendships to be destroyed over inconsequential actions. There is a custom this time of year, right before Yom Kippur, to go around and ask for mechila, forgiveness, to anyone you think you might have wronged in the past year. A friend told me a story of an acquaintance of hers who said something very mean to her at a party. It was intended as a joke, although a mean-spirited one, and although my friend was upset, she kept her composure, and in front of the group she gathered herself together, exhaled and said, "When you realize how wrong this was, just know that I forgive you." And with that she walked away to the sound of the group chuckling uncomfortably at her statement. No one had expected her to react in that way, after all, it was just a joke. Fast forward half a year, when it's erev Yom Kippur. She was getting ready to turn her phone off when a number she didn't recognize shows up on the screen. It was the girl who had made the embarrassing comment. She was crying - a combination of hysteria and relief. She had been trying to get in touch with my friend for the past week but had the wrong number and was terrified to go into Yom Kippur without apologizing. My friend bemusedly reminded her that she had forgiven her 6 months ago. But the reformed bully realized how offensive her words had been and that she wanted to express her true remorse. Both women went into Yom Kippur refreshed and relieved.

Being angry at someone is like letting them live rent-free in your head (and heart) as Rabbi Avraham Twersky likes to say. Let us spend the time we have letting go of old resentments and forgiving others in the way we hope G-d forgives us. And in the coming year, may our positive side be so strong that we have no slights or offenses to apologize for! Gmar chatima tova to all.