Last week's Torah portion begins, "אתם נצבים" "You are standing". Of course, nothing is a coincidence, and we are able to tie these words to both a weeks ago's Torah portion and Rosh Hashanah. 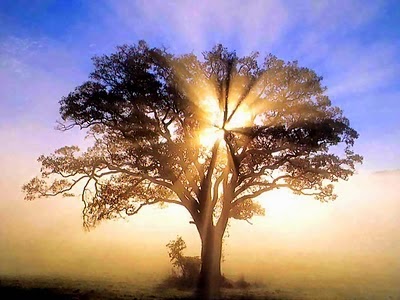 The 11th century French commentator Rashi says these words are chosen because after the curses at the end of Parshat Ki Tavo, one could easily think: how could the Jewish people expect to survive after hearing what is promised to befall them if they don't follow the mitzvot? So the next parsha starts, "You are standing," that is, you will remain, you will continue to exist as a people.
The Vilna Gaon says that people don't realize how exacting G-d really is with what he expects from the Jewish people in terms of the observance of the mitzvot and general behavior. The Gaon says that people don't appreciate how strict G-d actually is. And, if left to be judged based on our daily actions, most people would not merit being able to live to see another Rosh Hashana. Therefore, people are given hard times in life. These hard times are not intended for someone to merely suffer, rather they are opportunities for the person to overcome adversity and stand in the face of these difficult times. Then, because of their efforts during these challenges, they have worked up the zchut, merit, to overcompensate for some of their other less than perfect actions.
This parsha always falls out the Shabbat before Rosh Hashanah. It is a reminder that even the bitter experiences we are given in life are ultimately for our benefit. At the end of the day, G-d wants to judge us favorably, wants us to succeed, and to earn an amazing life in Olam Haba. That is why we were put here.
May we all merit to stand strong through whatever times we are going through, good or bad, and be judged favorably this Rosh Hashanah!