Parshat Shoftim and the Jewish Kingship 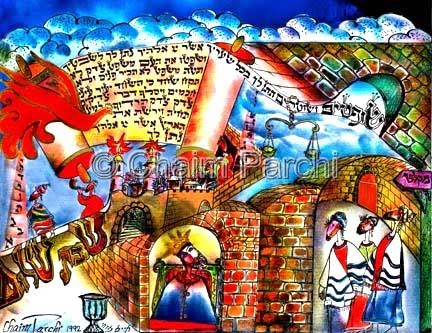 This week's Torah portion starts off talking about judges and touches upon many other issues, including choosing a king to rule over Eretz Yisrael. There are several interesting things written. The section starts off by saying, "When you come to the land that Hashem your G-d gives to you, you will possess and dwell in it, and you will say, "I will place a king over me, like the nations in the lands around me [do]"....He [the king] can't have too many horses in order that he won't return to Egypt for the sake of more horses...And he should not have too many wives...and she should not greatly increase his wealth (Devarim 17:14-17).
Not a single thing is written or placed haphazardly in the Torah, so there is much we can learn about the order of these interesting and seemingly divergent ideas. Firstly, we should know that since the parsha is starting off talking about justice - judges, court systems, fairness in deliberation of legal issues, we should know that there will be a theme of righteousness throughout the parsha. Therefore, we should know there is a connection between the rules governing judges and the rules governing a king and his behavior. Just as a judge should be independently wealthy, and therefore less suceptible to bribes, a king must also have enough wealth to not be influenced by it. Think of King Achashverosh and Haman in the Purim story - Haman offered the King a ton of money for the ability to kill the Jews. The king's response? You can have your Jew-killing decree, but you can keep your money. He was implying that he didn't need any bribes to make decisions. That is the sign of power - doing something because you want to and not because you are influenced. Now we can understand why it is written that the king can't have too many horses or 'greatly' increase his wealth. Yes, the king should be wealthy. Any kingdom should have wealth to make it enviable, isn't that a hallmark of a good kingdom? All the more so for the Jewish Kingdom - it should be enviable and inspirational to the whole world. But, the king should be the CEO, not the CFO. His concerns should be about running the kingdom, not how to make more money.

And we shouldn't think it's only monetary wealth a king isn't supposed to be focusing on. In addition to talking about silver and gold, the Torah mentions horses. That might sound like a weird thing to throw in nowadays, but 3,000 years ago, having a horse was like having a Mustang (the car) today. It was expensive and enviable to those without. Not having too many wives is another way of saying, don't go overboard on the material and worldly pleasures. As Richard Lewis famously said in Mel Brook's Robin Hood, "It's good to be king," but it shouldn't come at the expense of the king's, or his people's, honor and dignity.

A Jewish king should inspire people with his intellect, bravery, and grace - not with his enviable storehouses, treasuries or harems. Just as the Jewish people are supposed to be a light onto the world, acting as ministers of G-d to bring holiness into the world, the Jewish king should do this on a individual level. By living in a manner dignified for a king, but not getting lost in his opulence, he is a reminder to the rest of klal Yisrael how to act in this world.