As we explained last week, the book of Devarim is kind of a chazarah, a review, of things that happened to the Jews and some of the laws Moshe had previously taught them in the desert. Something that is striking in this week's Torah portion, Ve'Etchanan, is the repetition of the Ten Commandments. It is unlikely the Jews forgot them, considering they were given at Matan Torah at Har Sinai. If we read closer we can see this is no mere repetition - the Ten Commandments are actually slightly different than the first time they were given over. While there are many to chose from, let us explore three. 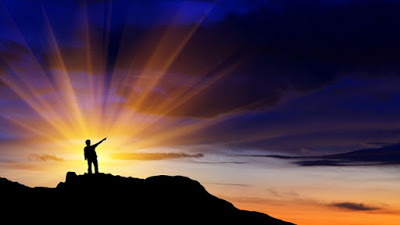 Shamor vs Zachor. In the first iteration of the Commandments G-d tells the Jewish people to zachor - remember - Shabbat. This time He uses Shamor, to guard. Here Our Sages learn that there are two aspects to keeping Shabbat - remembering it and safeguarding it. Safeguarding can be interpreted to mean abstaining from forbidden activities, such as driving or cooking, while remembering can mean having in mind all day that it is different from the other six days of the week and acting accordingly, which can be as simple as wishing someone on the street a Shabbat Shalom.

Honoring your parents. The commandment to honor one's parents is identical, safe for two extra words that are added in this weeks' set: Honor your father and mother... so that your days will be lengthened and so it will be good for you [טוב לך] on the land....(5:16). The first iteration tells us that if we honor our parents our days will be lengthened, but this time it tells us that our days will be lengthened and it will be good for us. The term 'It was a long day' doesn't necessarily have a good connotation, but here we can see long days can mean good days. Days where we are able to accomplish a lot and feel good about ourselves. For many people, dealing with family can be difficult, after all we get the family we are given, not the one some people would necessarily choose. However, if we work on ourselves, practice patience, seeing things from the other's point of view, accept sometimes that we can be wrong (all aspects of honoring your parents), then we can grow and become better people, which is a big part of why we are on this planet. In this way we can lengthen our days in a good way. The growing we undertake may not be easy (hence the long aspect), but once we are able to work at honoring our parents, not only can we feel good about ourselves for doing the right thing, but likely this will lead to an improved relationship with them, which of course will also be good.

For our last example we'll end with one of the most striking of the changes. The last five commandments have a ו/and attached to the לא/don't of each sentence where there wasn't before.While the first five commandments have to do with each person's relationship with G-d, the last five are interpersonal: don't kill, don't steal, don't covet, etc. One idea is that this 'and' connects all the commandments to show they are equally important. While some might argue that killing is a bigger deal than stealing, at the end of the day, all of them erode the fabric of the social contract we all live under, and create havoc in society. Additionally, by trying to say one is more important or worse than another, it implicitly makes one of them less unacceptable than the others. The 'and' is to clearly state they are all unacceptable, so don't even think about it.