Anyone who has heard of Israel, no matter what their age or religion, is familiar with the idea of a kibbutz. They are based on the socialist ideal that everyone works according to their ability and receives income based on their needs. Today, most kibbutzim in Israel are switching over to a more capitalist approach where people earn whatever money they make. One of those still functioning according to the old system is Kibbutz Ketura. Let us take a look at this kibbutz and what makes them thrive. 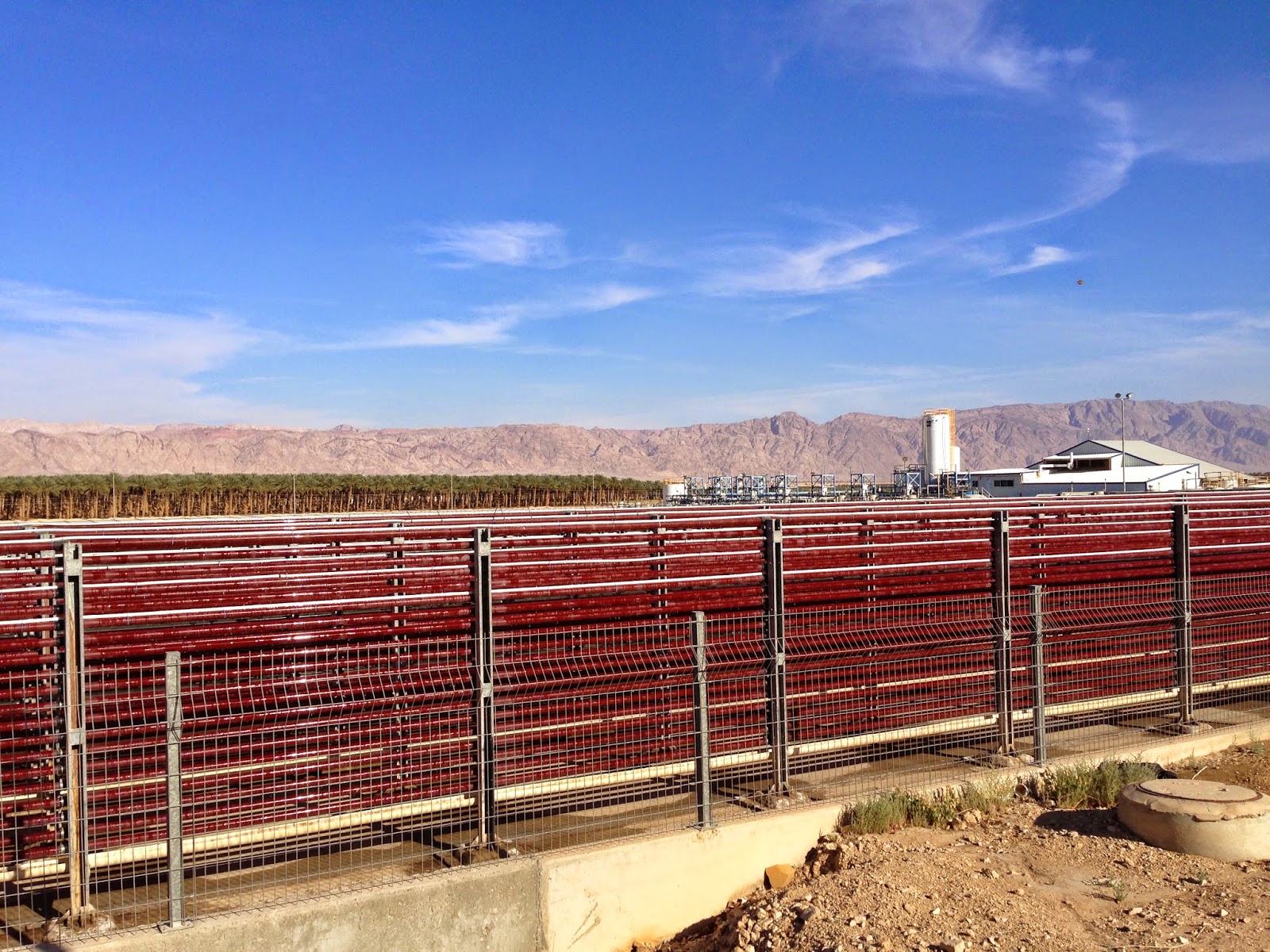 Our trip begins down in the Arava Valley, close to Eilat. The region has been dubbed the 'Silicon Valley' of renewable energy technologies for all of the innovative practices coming out of this sunny region. It is a relatively young kibbutz - founded just before the Yom Kippur War in 1973, by a group of Americans Young Judea members (an American Zionist youth movement like Bnei Akiva), along with some Israelis. Some kibbutzim are homogeneous - where everyone is either religious or secular. Not here! In order to foster a community of mutual respect for each other and minimal conflict, everyone on the kibbutz keeps kosher and Shabbat (in public at least). Some people are religious and others more secular, but everyone leads a Jewish lifestyle. Residents attribute the success of this lifestyle to the love and respect neighbors have for each other. It is such an inspiring place that in the 1990s the kibbutz received a prize from the Knesset for pluralism and acceptance. With this money they were able to start Keren Kolot, a guest house and education center. This is a useful resource for the people that come from all over the world to see the innovative ideas coming out of the kibbutz that you can't find anywhere else in the world.

As we mentioned, it is one of the remaining 25 kibbutzim that functions in the true socialist way - the money goes into a communal account and then that money is redistributed to the community based on their needs.  Unlike some other kibbutzim, Ketura encourages the immigration of new members because in 10-15 years many of the members will be retiring and they will need workers to continue generating money and supporting everyone. People are flocking to this small settlement in the furthest reaches of the land, attracted by the freedom to innovate that has helped make the kibbutz so socially and economically successful. The original American settlers brought with them the uniquely American mentality that with hard work you can accomplish great things, as we'll see below. Unsurprisingly, it's the most educated kibbutz in the country - with an incredible percentage of residents with higher education degrees, and the most PhD of any kibbutz in Israel. Not coincidentally, the kibbutz is also home to the Arava Institute, a college for studies related to the environment.

With so many educated and motivated people living here, it's no surprise that the kibbutz is also known as the 'experimental backyard' for high-tech companies. Incredibly, the kibbutz started the first solar power field in the country. Took more than 30 years for the field to actually become operational (in 2011).  Originally, solar panels were created to generate electricity for satellites, which is fine in outer space, but on the Earth there is the problem of dust reducing the electricity generation capacity. Really the panels can only produce 15% of the power it could otherwise because of the problem with the dust. So the kibbutz invented panels that clean themselves. Israel is spending a ton of money importing fossil fuels to power the country. These come with numerous costs, such as the cost of importing and the environmental and societal costs associated with the pollution. Solar power is a great way to reduce our need on fossil fuels, as it generates the most energy at the time when the power company needs the most energy - during the summer when there are more tourists and during the hot day. Due to the success of this field, another solar field six times larger than this one is currently under construction. This is really the beginning of a whole solar power boom not just in the region, but for Israel in general.

In addition, since we mentioned already that the kibbutz has a uniquely Jewish focus, for the next 20 years all money generated by the panels along the edge of the field goes to charity. It's the 'maaser' in Jewish law, or a tithe, for the energy the field generates, and is written into the contract of the field so it can't be changed.

Another amazing invention to come out of the kibbutz is algae. A few members of the kibbutz realized that a certain species of algae under the right circumstances produces a substance, astaxanthin, a powerful antioxidant that can be harvested. This substance is a famous anti-aging material and is used in medicine and high-end cosmetics. To give you an idea of how important, and valuable, this compound is, one kilo of the product can cost up to $14,000 (you can see why no one minds dividing up the money on the kibbutz). Before you try to start your own lab, be aware it's harvesting is a very difficult process. If you are interested in buying some, there is a waiting list to buy the product - it's sold out 6 months in advance.

Work being done on the kibbutz has benefits to people all over the world. Not just those interested in renewable energy technologies or anti-aging cremes, but to even the poor and disenfranchised. Students at the Arava Institutes have many ideas that are changing the world - such as one project that hopes to benefit poor women of Africa. These women spend so much time collecting firewood that they don't have time to do other chores (not to mention they put themselves in danger of being attacked as well as the negative impact on the ecosystem by removing all of the vegetation for firewood).  This project allows them to convert manure into biomass. The manure can either be from domesticated animals or what they find in the wild. It saves time and the trees!

If you are interested in learning more about Kibbutz Ketura, staying at the kibbutz or taking a tour, you can visit the website of their guest house.

you can also learn about the kibbutz on the website:
http://www.ketura.org.il/