We've talked previously about other character traits and how they are crucial for dating (or at least dating successfully). One under-appreciated character trait is that of being humble and not arrogant. The two are related, so let us explore them together. 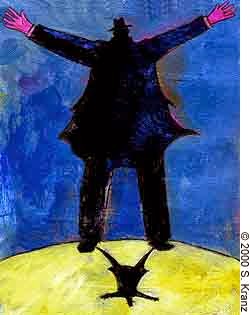 There is a famous quote said by the Duchess of Windsor, "You can never be too rich or too thin." The Rambam, a well respected Torah commentator, would not agree with the Duchess. He wrote around 1,000 years ago that you should never be too extreme in any direction - with one exception. The only thing you can never be too much of is humble. His source for this is from the Torah (Bamidbar 12:3), which calls Moshe Rabbeinu 'very humble'. This doesn't mean not appreciating the gifts that you have and the unique impact that only YOU can have on the world. It means not having an over inflated sense of who you are. There is a story of a guy who complained to his rabbi that he felt that the other people in their shul were always stepping on his toes. The rabbi replied to him, "Check the size of your feet." It's only when we think we are more important than we are, that we can feel slighted or demeaned. This doesn't mean diminishing the greatness that each one of us possesses. One of the biggest Rabbis of the last generation, Rabbi Moshe Feinstein, who was the last word on Jewish law has many stories told about him, where he was always patient and would answer people's questions, but on a few occasions people tried to outsmart him or otherwise make themselves seem like they knew more than the rav. In these cases he had no problem calmly saying, "You are wrong, I know what I'm talking about." That ended the disagreement because the other person was able to immediately realize they were wrong. If someone is humble, you can see their gifts clearly. As an example, if someone is 6 feet tall, they don't have to go around announcing it, people will see. But an arrogant person is one who is 5'2'' and goes around trying to convince everyone he is 6 feet. He is arrogant and of course no one will take him seriously. He is fooling no one but himself.

The question is, what does this have to do with dating? I will answer this with another question, as is the Jewish way. What do the first two of the Ten Commandments mean for us today? (For those who need a refresher, they are: I am G-d who took you out of Egypt and You are not allowed to have any other god.) A Rabbi once explained it to me like this, what the first two commandments are saying is, "I am G-d, you are not." It's about our ability to recognize that we are not everything in life. This is why the Torah says that one who is arrogant has no room for G-d. If you are so filled with the idea that you know everything, where does that leave room for G-d? Here we find the answer we've been looking for. If a person is arrogant, there will be no room for a relationship with anyone else, be it G-d or a spouse. The other person is at best a prop not a partner, some sort of accoutrement that enhances the status of the haughty person


If you think you know more than anyone else, you will be missing out on the many opportunities G-d gives us every day to grow and learn. This is also considered to be why Rabbi Akiva's students died during the period of time we have already discussed, Sefirat Haomer. Relationships are about two people coming together to become a couple, a new entity and something greater than the sum of its parts.

So how do we find people without arrogance and with humility? Avoid anyone who spends too much time talking about themselves and their accomplishments. Anyone trying to make themselves seem like they are more than they really are. Arrogant people may seem charismatic at first, and you'll feel special that they want to spend time with you, but this is inevitably unsustainable. Eventually you'll recognize they aren't as great as they think they are, and then you're stuck in a relationship that will be uncomfortable to get out of. Don't automatically dismiss people who aren't focused on being the center of attention or self-promotion. What may seem boring at first, could, upon deeper inspection be a quiet confidence, which is easy to admire and lasting. It's not always easy to find, but when you do, you won't have to look any longer.