The Secret to Baseless Love

But how do we do it? How do we create lasting unity among Jews?

There are only two major periods of mourning in the Jewish calendar. One is 33 or 34 days out of Sefirat HaOmer (counting the Omer), depending on the commentator), when thousands of Rabbi Akiva’s students died continuously, and the other is the three weeks leading up to the destruction of the second temple. Considering how many tragedies there have been in Jewish history it seems strange that we would mourn so intensely for the death of Rabbi Akiva’s students. What was it about the circumstances of their death that gives this tragedy such significance? 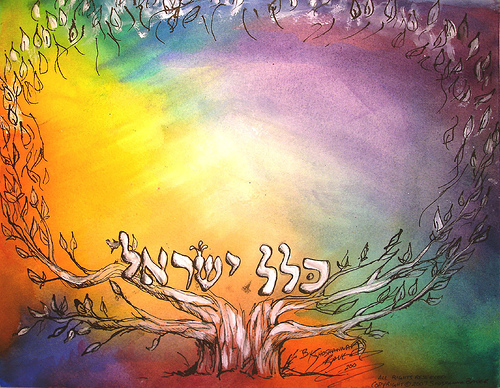 The reason given for both the death of Rabbi Akiva’s students and the destruction of the second temple is baseless hatred and divisiveness amongst Jews.

Rabbi Pinchas Stolper, in his discussion about Lag B'omer, asserts that Rabbi Akiva's students had the potential to end the exile and bring about the third temple, but, "Rabbi Akiva's students didn't show proper respect one for the other" and so they didn't merit to bring the redemption. If it was baseless hatred that brought the Beit Hamikdash to ruins the only thing that can rebuild it is baseless love.  In Parshat Kedoshim [19:18] it is written the famous words, V”ahavta L’rei’acha Kamocha, “Love your fellow like yourself." Hillel said, “This is the entire Torah; the rest is commentary."

It seems so simple. But if it’s really that simple, how is it that we are still in exile?

There were many people in Jewish history who were known for their love of their fellow man, including Rav Zusha, Rabbi Levi Yitzchok of Berditchov, the Baal Shem Tov and in recent history, Rav Kook and Rabbi Aryeh Levine (and many others). What was their trick? How did they do it? How was R’ Aryeh Levine able go visit Jews in prisons with joy and compassion? How did the Baal Shem Tov (Besht) love every Jew he met?

There is a story told about a Chassid who came to the Besht in tears. "Rebbe, Rebbe, what am I to do? My own son has strayed from the path of true righteousness!" The Besht blessed the Chassid and said, "Love him, my son ... " With a heavy sigh, the Chassid insisted, "Oh Rebbe, he has already fallen so low!" To which the Besht replied, "Then love him even more!"

To the Baal Shem Tov, love was based on something deeper then the physical.

The secret to loving all Jews, that they all understood, is seeing people as souls.

The secret is to look past the physical things that divide us so you can see a person who has a godly soul, just like you. To look past the clothing that the person is wearing, the kippah, the color shirt, the type of head covering, the Yeshiva the person learns at, the job the person has, the school the person went to, or if they are religious or not, and see each other on a soul level.

I was at a meditation class the other day and before we began the meditation the teacher asked us to look around at the things and the people around us without creating a story about them. To just see what was there without our mind's commentary. As we got into the meditation it hit me; that by not making up a story about everyone we meet (aka judging them) we can be more open to seeing them for who they really are and not who we think they are.

Love means to open our minds and hearts to everyone around us, regardless of their differences. To accept people the way they are. The entire Talmud concludes with the words: “G-d found no container for the blessing of Israel other than peace.” We can only be at peace with each other if we start with loving each other.

It’s the only thing that can bring redemption.

We may be different on the outside, but we are the same on the inside. So the only thing to do is to love. To be compassionate, loving and respectful of other people, even when it contradicts our religious values. To stop looking at what separates us and connect with the one thing we all have in common; a soul.

Then we can finally have true unity amongst Jews and ultimately, peace in the world.

Awesome and important thoughts, Raizel!
I relate to what you said about not trying to create stories for people in order to more easily accept them and find the ability to love them for who they are. That is actually one of our policies at our house, where we welcome in lots of diverse guests and want them to feel welcome and have a positive experience. Although it is as common as ants at a picnic for hosts to ask guests all sorts of questions (some perfectly inconsequential at first blush), from "Where are you from" and "Tell me about your family," to "So, let's hear your STORY!" there comes the risk of putting someone on the spot about facts they may prefer not to discuss, for the very same goal: they want to be judged just for themselves and not for a past or for baggage not their own.
On the other hand, I have also employed a certain mental exercise when I have caught myself on the verge of judging someone negatively - which is actually a form of "ayin hara - evil eye," literally, and can negatively influence a person. So I will actually proactively contrive a positive, loving "story" about that person in my thoughts, until I can see them in that light. Pirkei Avot talks about the high value of Ayin Tova. That is a way it can be activated. Also, see Rabbi Nachman, when he talks about judging someone for the benefit of the doubt, until one's positive thoughts actually cause a spiritual shift to the positive in the person who may otherwise have some poor traits.
BTW, did you notice in this past parasha, that 24,000 people were "smitten" because of a sin that was bad, but not technically warranting the death penalty. It was because the bottom line was those who sinned were involved in disunity and divisiveness, in the category of Lashon Hara as well as sinat chinam. RE-enacted at a different level with Rabbi Akiva's 24,000 students. A stunning parallel.
Hatzlacha and yashar koach,
Dodah DD