EmunaDating: It's not me, it's you


A common question I received is how to deal with someone breaking up with you after going out for a short while (for how to handle a long-term break-up, consult a best friend and bottle of wine).

While thinking about why people tend to break up after a few dates, I realized the most common excuse given is probably the best for our ego. Confused? Let me explain. 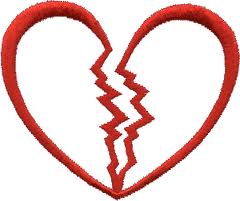 A friend of mine recently complained to me that she had 3 great dates with this guy, but when the time came to schedule the 4th, he ended the relationship with the infamous, "It's not you, it's me." It hit me -this line doesn't really mean what we think it does.

Ok, we all know the truth that when someone tells you, "It's not you, it's me," they are really saying, "You are the reason I don't want to go out with you anymore." But really, it's not you, it's them.

No, this is not something I made up to comfort friends (or myself) after being unceremoniously dumped when it seemed like things were starting off well. Think about it - when you break up with someone because after a few dates you realize they have something that you aren't so into - maybe it's their goals in life, their career choice, idiosyncrasies, or 20 extra pounds. Whatever it is, ultimately it's a problem you have - not them (although probably they also wish they were 20 lbs lighter). You're the one who would rather date a lawyer over a teacher. They are  happy with their career - it's why they picked it.

So really, when you are being broken up with in this way, they are the one with the problem - it's their problem, and there isn't anything wrong with you.

That's not to say that we shouldn't do an accounting of ourselves to see if we have tendencies that we wouldn't be better off working on. I was hanging out at the beach with a friend of mine last summer when I noticed that his toenails were getting unsightly long. While there might be some ladies out there who are into long nails (don't laugh, people are into weirder things), it's better not to give people a reason to say, "It's not your long toe nails, it's me."

So the next time you get fed this line, don't turn to Ben and Jerry while moping over what you should have said differently. Hold your head high and remember, it's not you, it's them.

Email ThisBlogThis!Share to TwitterShare to FacebookShare to Pinterest
Labels: break-up, dates, EmunaDating, It's not me, it's you