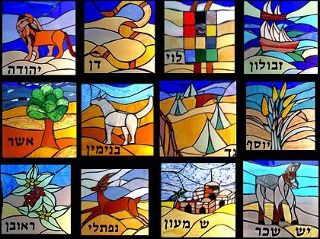 In this week's Torah Portion, Jacob calls his 12 sons to him, in order to give each a blessing before he dies. While he's telling Judah that King David will be among his descendants and Joseph that his land in Israel will be bountiful, Simeon and Levi get a verbal potch (slap for those not Yiddishly-inclined).

Back in Parsha Vayishlach Simeon and Levi take revenge on the males of the city of Shechem, after their sister Dinah was kidnapped and raped by Shechem. The Torah records Jacobs admonishment of his sons, "Cursed is their wrath for it is intense and their anger for it is harsh," (Bereishit 49:7).

Torah commentator Rashi mentions that even when Jacob is chastising his sons, he did not curse them, but their anger.


We can learn from this that even if a person acts in a terrible way, we shouldn't hate them, but that behavior. Sometimes our friends, family, or coworkers (really, just about anyone) can say or do something hurtful to us. It's easy to focus on the bad behavior, but then we end up missing all the other wonderful things that person does. Think of the person as a basket of apples - just because one is rotten, is the entire basket contaminated? Of course, the rotten apple must be addressed, but we shouldn't let that change our judgement (or affect our behavior) of them, compared to everything else they have to offer as a person.